An Orbital Sciences Corp. rocket carrying a cargo spacecraft on a mission to the International Space Station (ISS) exploded seconds after liftoff on October 28. The Antares rocket lifted off from the Mid-Atlantic Regional Spaceport at Wallops Island, Virginia. Approximately ten seconds after liftoff, however, an explosion took place at the base of the rocket’s first stage. The rocket fell back to the ground near the launch pad, triggering a second, larger explosion.

Reports from Orbital were that the cargo module was carrying hazardous materials and they warned residents to avoid any contact with debris. That could mean many things including radioactive materials were onboard - one thing you can be sure of - neither Orbital nor NASA will inform the public what the 'hazardous materials' really are.

The mission, valued at more than $200 million, is part of the Obama administration's program of privatization of launch services. Orbital has a $1.9 billion contract to launch eight such missions to the ISS in the coming years. This ill-fated mission was the third.

There appears to be on-going problems with the engines on the Antares rocket. Last May when the engine was tested at the NASA Stennis Space Center in Mississippi there was an explosion and a $17.5 million loss.

US launch services are turning out to be highly problematic. Since NASA retired the shuttle program in 2011 the space agency has had to rely on the Russians to ferry astronauts to the ISS. (The ISS cost taxpayers $100 billion to build.) Orbital and Space X have been awarded the contracts to transport supplies to the space station. Luckily for NASA and the present international crew of six astronauts on the ISS the Russians were planning a cargo resupply launch on October 29. If that launch goes haywire the six astronauts could be hurting.

The Russians have given NASA notice that they will stop transports to the ISS in 2020. After that the US will have to figure it out for themselves. One Russian leader suggested that NASA use a trampoline to get astronauts to the ISS.

Last night I was called by RT and did an interview about this launch accident via Skype. In the interview I was asked why the US had privatized the NASA launch program. My response was that the aerospace industry is eager to make space operations a profit generating enterprise by having the taxpayers pay them to venture into the heavens. The corporations are particularly eager to advance space technology to the point that they can begin space mining operations. There were apparently some experiments on the cargo re-supply mission that had to do with asteroid mining.

Aerospace corporation lawyers are very active these days trying to rewrite the U.N.'s Moon and Outer Space Treaties that forbid individuals, corporations, or particular countries from claiming ownership of the planetary bodies. So the agenda is clear - privatize space operations and rewrite space law to allow the aerospace industry to claim ownership of the heavens. But clearly they want the taxpayers to pay the freight charges.
Bruce K. Gagnon
Coordinator
Global Network Against Weapons & Nuclear Power in Space
PO Box 652
Brunswick, ME 04011
(207) 443-9502
globalnet@mindspring.com
www.space4peace.org 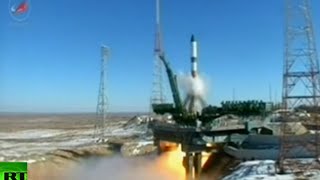