Ready for Nuclear War over Ukraine?

Proclamation of Latin America and Caribbean as a Zone of Peace Heads of 31 Nations Declare a Zone of Peace, Commit to Uprooting Forever the Threat or Use of Force
(Original signed by the Heads of State and Governmenent of the Community of Latin American and Caribbeans States)
The Heads of State and Government of the Community of Latin American and Caribbean States (CELAC) gathered in Havana, Cuba on January 28 and 29, 2014 at the Second Summit, on behalf of their peoples and faithfully interpreting their hopes and aspirations,
Reaffirming the commitment of member countries with the Purposes and Principles enshrined in the United Nations Charter and International Law, and aware of the fact that prosperity and stability in the region contribute to international peace and security,
Mindful that peace is a supreme asset and a legitimate aspiration of all peoples and that preserving peace is a substantial element of Latin America and Caribbean integration and a principle and common value of the Community of Latin American and Caribbean States (CELAC),
Reaffirming that integration consolidates the vision of a fair International order based on the right to peace and a culture of peace, which excludes the use of force and non-legitimate means of defense, such as weapons of mass destruction and nuclear weapons in particular,
Highlighting the relevance of the Tlatelolco Treaty for the Prohibition of Nuclear Weapons in Latin America and the Caribbean establishing the first nuclear weapon free zone in a densely populated area, this being a contribution to peace and to regional and international security,
Reiterating the urgent need of General and Complete Nuclear Disarmament, as well as the commitment with the Strategic Agenda of the Organization for the Prohibition of Nuclear Weapons in Latin America and the Caribbean (OPANAL), adopted by the 33 Member States of the Organization in the General Conference held in Buenos Aires in August, 2013.
Recalling the principles of peace, democracy, development and freedom underlying the actions of countries members of SICA,
Recalling the decision of UNASUR Heads of State of consolidating South America as a Zone of Peace and Cooperation,
Recalling the establishment, in 1986, of the Zone of Peace and Cooperation of the South Atlantic,
Recalling also our commitment, agreed in the Declaration of the Summit of Unity of Latin America and the Caribbean, on 23 February 2010, to promote the implementation of our own mechanisms for the for peaceful conflict resolution,
Reiterating our commitment to consolidate Latin America and the Caribbean as a Zone of Peace, in which differences between nations are peacefully settled through dialogue and negotiations or other means, fully consistent with International Law,
Cognizant also of the catastrophic global and long-term humanitarian impact of the use of nuclear weapons and other weapons of mass destruction, and the ongoing discussions on this issue,
Declare:
1. Latin America and the Caribbean as a Zone of Peace based on respect for the principles and rules of International Law, including the international instruments to which Member States are a party to, the Principles and Purposes of the United Nations Charter;
2. Our permanent commitment to solve disputes through peaceful means with the aim of uprooting forever threat or use of force in our region;
3. The commitment of the States of the region with their strict obligation not to intervene, directly or indirectly, in the internal affairs of any other State and observe the principles of national sovereignty, equal rights and self-determination of peoples;
4. The commitment of the peoples of Latin American and Caribbean to foster cooperation and friendly relations among themselves and with other nations irrespective of differences in their political, economic, and social systems or development levels; to practice tolerance and live together in peace with one another as good neighbors;
5. The commitment of the Latin American and Caribbean States to fully respect for the inalienable right of every State to choose its political, economic, social, and cultural system, as an essential conditions to ensure peaceful coexistence among nations;
6. The promotion in the region of a culture of peace based, inter alia, on the principles of the United Nations Declaration on a Culture of Peace;
7. The commitment of the States in the region to guide themselves by this Declaration in their International behavior;
8. The commitment of the States of the region to continue promoting nuclear disarmament as a priority objective and to contribute with general and complete disarmament, to foster the strengthening of confidence among nations;
We urge all Member States of the International Community to fully respect this Declaration in their relations with CELAC Member States.
In witness of the undersigned having duly signed this Proclamation in Havana, on the 29th day of the month of January of 2014, in a copy written in the Spanish, English, French and Portuguese languages.
War Is A Crime .org HumansForPeace.org — AfterDowningStreet.org
Posted by eirenae at 10:01 PM No comments:

No Weapons to Ukraine! Sign Open Letter to US Senate

No Weapons to Ukraine

No Weapons to Ukraine

An Open Letter to the U.S. Senate

Reject S. 452, “A bill to provide lethal weapons to the Government of Ukraine.”
Sign here: http://diy.rootsaction.org/petitions/no-weapons-to-ukraine

Why is this important? 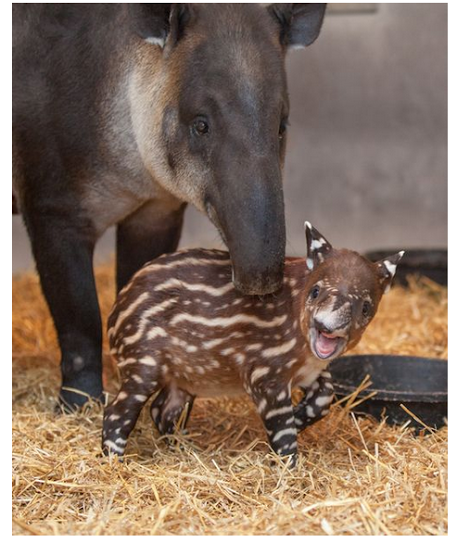 Russian President Vladimir Putin (RIA Novosti/Aleksey Nikolskyi)
2.8K3643
Trends
Ukraine turmoil
Tags
France, Germany, Interview, Politics, Putin, Russia, Security, Ukraine, Violence
The leaders of France and Germany genuinely want to find a compromise that would help end the conflict in eastern Ukraine, Russian President Vladimir Putin said in his latest interview.
Speaking to Rossiya 1 TV channel on the conflict and the breakthrough of the Minsk agreement, Putin said that “it seemed to me [the leaders of France and Germany], have a genuine desire to find such compromise solutions that would lead to the final settlement [of the conflict]...”
He cited the Minsk protocol which includes the decentralization of power in Ukraine and a “reference explaining what it implies.” The authors of the reference are "our German and French partners,” he said, adding that this speaks of their sincerity in finding a compromise.
“I had the impression that our partners have more trust in us than distrust, and in any case believe in our sincerity,” Putin said on Monday.
Putin once again underlined the importance of implementing the Minsk agreement reached on February 12 by the Normandy Four – Ukraine, Russia, France, and Germany. “If the Minsk agreement will be implemented, I’m sure the situation will gradually normalize,” he said.
Read more


While answering a question about the possibility of Russia waging war with Ukraine, Putin said that “such an apocalyptic scenario is hardly possible, and I hope this will never happen.”
Putin also dismissed as “complete nonsense”claims made by Poroshenko and the head of the Ukraine’s Security Service (SBU), Valentin Nalyvaychenko, that Russia’s presidential aide Vladislav Surkov was involved in tragic events during last year’s protests in Kiev.
Speaking on Crimea, the president urged the international community to respect the region’s choice to rejoin Russia.
“With regard to nationality, the residents of Crimea have made their choice [when they voted to join Russia] and it should be respected. Russia cannot treat it otherwise,” he said.
Commenting on Poroshenko’s statement that Kiev intends to regain Crimea, Putin said that such actions have a “revenge nature.” He stressed that as a large European country, Ukraine should focus on “strengthening the economy and social sector, and mend relations with the southeastern part of the country.”
Posted by eirenae at 3:04 AM No comments:

US to blame for ISIL rise in Iraq: Brahimi

Posted by eirenae at 2:55 AM No comments:

Posted by eirenae at 2:52 AM No comments: