Israel calls up reservists amid daily clashes in W Bank 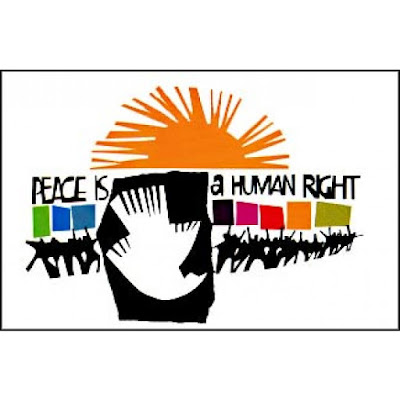 Monday, October 12th, the coordinating committee of "Peace and Planet" met in New York and discussed common concerns about the present conflicts in Ukraine and Syria. There are 15 countries already involved in the fighting. Two Nuclear weapon powers are facing each other. But: The Danger of an all out Nuclear War can be stopped through unified action.

WORLD WAR III Can be and Must be Stopped! We therefore  call  the global peace movement:

US Peace Council and other US peace organizations call for ACTION!

NOVEMBER 11, end of World War I, be a Day of GLOBAL ACTION!

Our banner be
Alfred L. Marder, President, US Peace Council, amistad.nai@rcn.com
Posted by eirenae at 10:18 PM No comments:

Posted by eirenae at 9:49 PM No comments:

Posted by eirenae at 8:47 AM No comments:

Iran : " We must not forget crimes committed in occupied Palestinian territories over terror in Syria" President al-Assad: Iran and Russia’s efforts in support of Syria are highly appreciated 14 October، 2015
Damascus, SANA – Chairman of Iranian Shura Council’s Committee for Foreign Policy and National Security Alaeddin Boroujerdi said his visit to Damascus aims at affirming his country’s support for Syria in its position on the first line of resistance and for President Bashar al-Assad as he stands firm and is strongly defending Syria.
Syria’s resistance against the terrorist attack, now into its fifth year, deserves all the appreciation, added Boroujerdi addressing a press conference in Damascus on Thursday.
“It has become known to all that terrorists come from tens of countries into Syria, backed and trained by some regional states and major countries, on top being the US, while the Syrian people are defending their country’s security and dignity,” Boroujerdi clarified.
He stressed that for any initiative aimed at solving the crisis in Syria to succeed should be coordinated with the Syrian government.
In his comments on the Russian military operations in support for Syria in the fight against terrorism, the Iranian official said these operations also serve in supporting the efforts seeking a political solution to the crisis.
He said Iran’s communication and consultations with the Syrian side in the political field continue on the level of the two countries’ foreign ministries, noting that the military option and the work on the ground are not incompatible with the political solution supported by Russia “since terrorists only understand the logic of force.”
According to Iran’s regional policy, he explained, providing support or any military assistance whether to Syria or Iraq is carried out based on a request from this or that country.
“In line with our anti-terrorism strategy, we have provided assistance- whether in arms or advisors- to both countries, and any other request will be considered and discussed,” said Boroujerdi.
He criticized the US-led anti-terrorism coalition’s failure and the Americans’ lack of seriousness about fighting terrorism, saying were they serious, there would not have been a need to form the new alliance, referring to the recently formed Syrian-Russian-Iranian-Iraqi front against terrorism.
Boreoujerdi went on saying that Russia, as a permanent member of the Security Council, has shouldered its responsibility in fighting terrorism, inviting all countries that are serious about fighting terrorism to join the new alliance.
In this regard, he added, Iran coordinates with the countries that have placed combating terrorism on their agenda and not with those countries that are harboring the terrorists, calling on the Jordanian government to put fighting terrorism on its list of political and strategic priorities.
He reminded of Iran’s opposition to the Turkish policy towards Syria, describing Turkey’s support for and training and arming of the terrorist groups as a “big mistake” that has left negative repercussions on the ground.
Boroujerdi made it clear that the “devilish scheme” targeting Syria aims at causing the Islamic world to forget about the major cause of Palestine.
This scheme, he said, has failed despite the billions of dollars spent for its realization.
Boroujerdi meets leaders of the Palestinian resistance factions
Later on the day, Boroujerdi and the accompanying Iranian delegation met with leaders of the Palestinian resistance factions in Damascus and affirmed to them Iran’s firm and continued support for the Palestinian cause and the countries and forces of the resistance in the region.
The discussions tackled the latest developments in the occupied Palestinian territories and the crimes, violations and daily incursions committed by the Israeli occupation forces against the Palestinian people, al-Aqsa Mosque and the occupied al-Quds city, a statement by the Alliance of Palestinian Resistance Forces said.
The two sides, the statement added, also reviewed the latest political developments in the region, especially the situation in Syria, and stressed that they stand by Syria in the plot targeting it.
Boroujerdi and the Palestinian resistance factions agreed on the need to strengthen the role of the axis of resistance in supporting the uprising of the Arab Palestinian people and their resistance against the Israeli occupation, according to the statement.
H.Zain/ Barry/Qabas/H. Said
Quelle: http://sana.sy/en/?p=57914
Posted by eirenae at 8:41 AM No comments:

Putin: I don't get how US can criticize Russian op in Syria if it refuses dialogue

Russian President Vladimir Putin © Alexey Nikolsky / RIA Novosti
Washington’s decision to obstruct Russia’s call for diplomatic engagement on Syria is unconstructive and apparently shows a lack of will to negotiate, Russian President Vladimir Putin said.
“I don’t really understand how our American partners can criticize Russia’s counterterrorism effort in Syria while refusing direct dialogue on the all-important issue of political settlement,” Putin explained.
Putin was commenting on the refusal by the Obama administration to receive a Russian delegation headed by Prime Minister Dmitry Medvedev to discuss the differences the two nations have on the Syrian crisis. The US said it would not talk unless Russia followed Washington’s lead and stopped helping the Syrian government of President Bashar Assad.
"I believe this position to be unconstructive. The weakness of this position is apparently based on a lack of agenda. It seems they have nothing to discuss,” Putin said at a meeting with the Kazakhstan president in Astana.
READ MORE: US refuses to receive PM Medvedev’s delegation to coordinate anti-terrorist actions in Syria
He added that by obstructing Russia’s invitation to negotiate the US undermines itself, as it voices criticism of Russia’s actions in Syria, but doesn’t seek ways to resolve its concerns.
Posted by eirenae at 8:20 AM No comments: 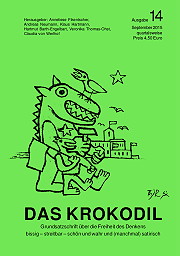