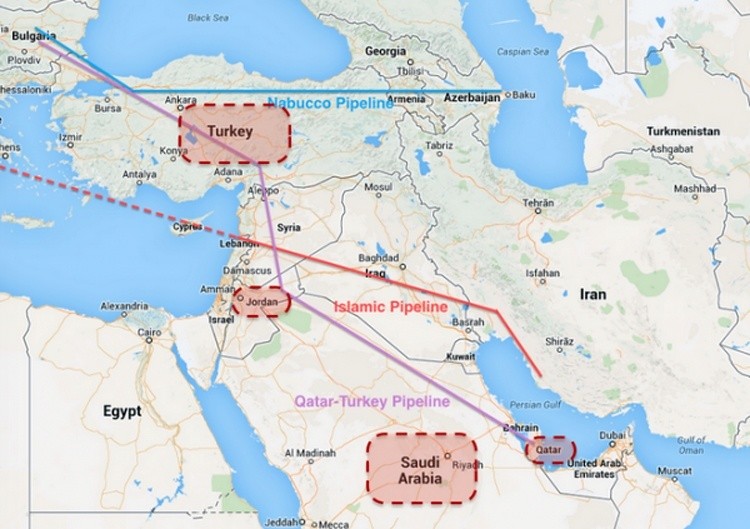 US Military Vets Come Out in Support of Donald Trump


The paper says «the 2016 election affords the American people an urgently needed opportunity to make a long-overdue course correction in our national security posture and policy».
The veterans are sharply critical of the Obama administration's national security and foreign policy.
The group of signatories is represented by people who   have served the United States with dignity and honor. Organizing the letter, according to the Trump campaign, were Rear Admiral Charles Williams, a Vietnam veteran awarded the Legion of Merit, and Major General Sydney Shachnow, a former Green Beret, who was the first Holocaust survivor to become a US general. The group also includes Gen. Burwell Bell, a retired four-star general who has commanded US forces in Korea.
Trump cheered the news the military supported him. 'It is a great honor to have such amazing support from so many distinguished retired military leaders. I thank each of them for their service and their confidence in me to serve as commander-in-chief,' he wrote in his website.
It should be mentioned that Donald Trump is also backed by Lieutenant General Michael Flynn, the former director of the Defense Intelligence Agency, who favors better relations with Russia.  Visiting Moscow last year, Flynn told Russia Today in an interview that the United States and Russia should work together to resolve the Syrian civil war and defeat Islamic State.
«Americans must understand that Russia also has a foreign policy and a national security strategy, and that Moscow launched the campaign against ISIS in Syria after its «unstated red lines were crossed», he said adding that «…the best way forward is for us to mutually agree that we have common interest and we’ve got to figure out how to work together, to achieve those common interests».
It’s not retired military leaders only. The GOP candidate comfortably earns the support of military-affiliated voters overall.  He appears to have a reliable base of support in the nation's military communities.   The GOP candidate leads Hillary Clinton by 19 points — 55 percent to 36 percent — among voters who are currently serving or have previously served in the US military, according to the latest NBC Newsz | Survey Monkey weekly election tracking poll.
Voters in counties with strong ties to the armed forces favor Trump over Democrat Hillary Clinton 49% to 34 %, according to an analysis of NBC News/Wall Street Journal poll data from June, July and August.
On September 7, the rival presidential nominees appeared back-to-back at an NBC News town hall in New York – a forum highlighting their differences on matters of concern to the military audience. The event sounded the starting gun for the final stretch of the presidential race and offered a potential preview of what are expected to be rollicking debates in the weeks to come. Trump predicted «very good relations with Russia» if elected.  «I think I would have a very, very good relationship with Putin, and I think I would have a very, very good relationship with Russia», he said.
The Republican candidate renewed his support for Russian President Vladimir Putin, noting among other things his «82 percent approval rating».  And Trump accused Democratic candidate Hillary Clinton of having a «happy trigger», a suggestion that she is too eager to insert the United States into international conflicts. Both candidates agreed the 2003 invasion of Iraq was a mistake. Clinton had to admit she was wrong voting for the war as a senator. Donald Trump sharply criticized the US intervention in Libya.  The event shows the GOP candidate enjoys broad support among military for his stance on the foreign policy issues, including the relationship with Russia.
Actually, he wants to rectify the mistakes of the past. Former US Defense Secretary William Perry believes that Washington’s lack of regard for Russia as a power or a dialogue partner has negatively affected the bilateral ties.
According to him, the NATO expansion, the plans to deploy elements of the global ballistic missile defense system in Eastern Europe, and the support for the so-called «color revolutions» in former Soviet republics without even considering Russia’s concerns, caused the  deterioration of the bilateral relations that does not serve the US interests.
Many Americans with military experience know better than others how dangerous the current downturn could be. And they are trying to do what they can under the circumstances. One of the ways to address the issue is to support the GOP candidate who stands for   better relations between Russia and the US. The Elbe Group is rarely mentioned in media but it has a good potential to make a contribution and change the things for the better. Its purpose is to maintain an open and continuous channel of communication on sensitive issues concerning US-Russian relations. The Group has high-level visibility in both the US and Russian governments bringing together senior retired military and intelligence flag officers who boast strong connections with their respective governments. The members discuss the major foreign-policy and security issues.
Russian and US veterans recognize that differences on key problems of strategic stability remain and consider it necessary to continue efforts to prevent slipping into armed conflict. The Group calls for revival of military intelligence and special services contacts. «Our strategic relationship is deteriorating while our common threats are increasing.  The lack of dialogue and cooperation between our governments threatens vital interests on both sides», states the Group’s Joint Statement adopted after the March 2016 meeting.
The Group’s activities provide a venue to revive a dialogue between our countries and the US military, especially if Donald Trump wins the presidential election.

Posted by eirenae at 3:23 AM No comments: