Irene Eckert speaks at WILPF Workshop of a NATO-Free Future .

we've seen, you are contact person of the "Vereinigung der Schriftsteller für den Frieden" in context with the open letter to the president of Syria. It ends with the words "Apart from this solution [of demission], there is but one for you, though unfortunate for your family: death as Saddam Hussein or Gaddafi. Or life in prison in a sanitized cell in The Hague."

You've published THE COUNCIL OF EUROPE (1989-1999) A DECADE THAT MADE HISTORY. Within it Slobodan Milosevic is called a criminal leader, a tyrant and dictator, who wanted to drag the Serbian people’s into the insane dream of an “ethnically pure Greater Serbia”. We're sure you know this is not true. Please see an article in german language on this subject here: http://www.arbeiterfotografie.com/milosevic/index-milosevic-0004.html Today it's like in the past. Wars are started and accompanied by lies and enemy stereotypes.

It's an open strategy of the western imperium. Nato-head Wesley Clark said it 2007. The plan is to produce regime changes in seven countries: Irak, Libanon, Libya, Somalia, Sudan, Syria and Iran. You know, what had already happened. One step was Libya last year. Now Syria is on the agenda (see: http://www.nrhz.de/flyer/beitrag.php?id=17603). That is why, we think it is necessary to write an open letter to US president Obama and to say stop! The so called War on Terror has caused the death of more than 1.7 million people (in Afghanistan, Pakistan and Iraq). It's more than enough. The huge crime must have an end (http://www.ippnw.de/startseite/artikel/a8966af902/body-count-opferzahlen-nach-10-ja.html).

What do you think about the idea, you and the six signers of the open letter withdraw the signature and instead write to president Obama (and to the heads of other western states) with the demand to end the crime and with the last sentence: "Apart from this solution [of demission], there is but one for you, though unfortunate for your family: death as Saddam Hussein or Gaddafi. Or life in prison in a sanitized cell in The Hague."

Please send this eMail to the six signers and tell us your and their opinions...

Posted by eirenae at 8:30 AM No comments: 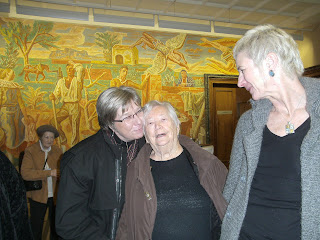 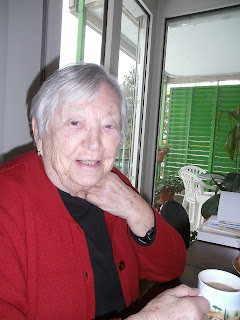 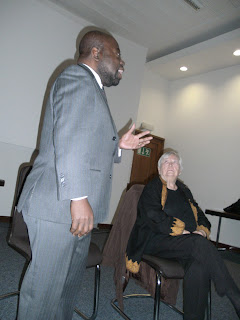 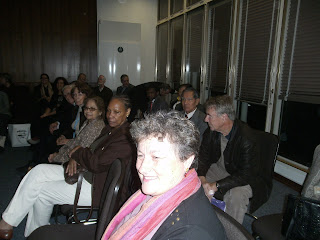 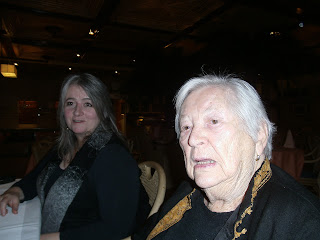 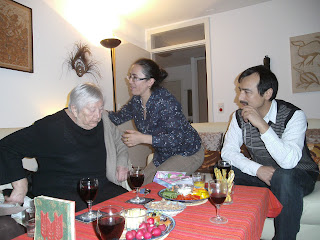 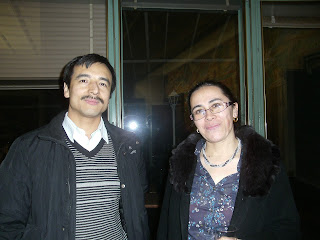 Posted by eirenae at 5:24 AM No comments:

24-25 November 2012
The International Peace Conference held in the city of Antioch of Turkey by the initiative of the Peace Association of Turkey under the auspices of the World Peace Council reaffirms that the recent events that occurred in the Middle East is a threat to the region and to the world peace, and calls upon all the peace loving people to stand side by side for peace and to act with solidarity against imperialism which is the main source of war threat.
The policies against Syria is a crime. The name of this crime is nothing else but international terrorism under imperialist guidance. Our Conference held to a few kilometers away from the Syrian border underlines that it is the sole right of the Syrian people to determine their future and leadership and denounces any foreign military and political interference in this country.
Foreign military interference aims to intimidate the public masses by means of terrorist actions targeting fellow citizens. USA, EU,NATO, Turkey, Qatar and Saudi Arabia are the blameworthy powers backing these policies causing increasing brutality everyday. Our conference convened in Turkey demands from the AKP government to stop interfering in the domestic affairs of Syria immediately.
We express our solidarity with Syrian people who do not surrender before imperialism and reaction under the intense terrorist attacks.
We demand that Syria-Turkey border to be controlled for terrorist infiltration, that the armed crossing to be blocked, and that the government to stop the policies of supporting, financing, arming and sheltering the terrorists.
The majority of Syrian people taking refuge in Turkey are civilians escaping the destruction and threats of war and even many of them are the relatives of citizens of Turkey. It is an urgent necessity to put an end to exploiting these people as instruments in tensions, to carry away the refugee camps away from the border regions in accordance with the international law and to humanize their living conditions.
On the other hand, the violent actions of the armed mercenaries counted in several thousands must be prohibited and they must be prosecuted. There has been no clear evidence of Syrian government’s role in the mortar bombs that hit Hatay and Şanlıurfa provinces of Turkey which killed and injured citizens living there. Considering this, the bombardment of Syrian territories by Turkish Armed Forces is unacceptable. It is obvious that in practice these bombardments mean an explicit and direct support for the mercenaries of Free Syrian Army fighting against Syrian government forces. The aggression of Turkish Army which supports a wide margin of movement for these terrorists must be ceased immediately. Turkey must withdraw from this undeclared war she is currently in.
Imperialism is trying to keep its hands clean by avoiding direct invasion once again and rathers prefers to make use of “subcontractors”. This fire also threatens the countries which are used for these policies. All the peoples of the region react against the aggressive foreign policy of AKP government against Syria. The strategy for building a new Middle East based on religious axis is inciting the tensions between groups from different religious, ethical origin. The ongoing capitalist restructuring in the region aims the dissolution of secular states and building Islamic states in accordance with imperialism.
Our conference calls upon the peoples of this region to end this game.
Our International Peace Conference in Antioch states that the increasing armament in the region motivated by threat of war is a trap and that this armament will only increase the potential of war threat.
The initiative for deployment of Patriot missiles requested by Turkish government and discussed in the context of a new NATO base in Diyarbakir must be cancelled.
The missile shield established in Kurecik, district of Malatya which makes Turkey a key target must be deactivated.
The NATO military base located in Incirlik - Adana which has been used in several occasions against Middle East must be closed.
The other burning point in the region is Palestine. The apartheid and fundamentalist state of Israel has been occupying the Palestine territories for decades and is the main responsible for the shedding blood in Gaza. Our conference reaffirms support and solidarity with the Palestinian people, for immediate ending of Israeli attacks and for the establishment of an independent Palestinian State within the 1967 borders with East Jerusalem as its capital. Furthermore, we demand the right to return for Palestinian refugees, based on UNGA Resolution 194, and the release of all Palestinian prisoners from Israeli jails.
The public opinion in Turkey is filled with great anger against the recent Israeli attacks. We, in the name of peace loving people of the world condemn the recent and ongoing military policies and attacks of Israel and express our solidarity with the struggle of Palestinian people.
The peace organizations and peace lovers gathered in Antioch observe that people of Turkey in general and specifically people living in Antioch do adamantly oppose the militaristic policies. Our conference clearly states that people in the region who have suffered heavy losses from the winds of war by means of economic collapse, unemployment, risk of migration, deaths and injuries are not alone in their determinate attitude for peace.
Long live peace, long live the fraternity of the peoples
Down with war, down with imperialism and reactionism
World Peace Council (WPC)
International Action for Liberation (INTAL), Belgium
Cyprus Peace Council (CPC)
Greek Committee for International Detente and Peace (EEDYE)
All India Peace and Solidarity Organization (AIPSO)
Palestinian Committee for Peace and Solidarity (PCPS)
Turkey, Peace Association

Posted by eirenae at 5:00 AM No comments:

To the attention of the peoples of the world,

Nobel laureate author Orhan Pamuk, who is acting as the “vanguard commander” of the occupation forces, does not represent the intellectuals of Turkey.
A letter to Bashar al-Assad, the current President of Syria, was published this week in French newspaper, Liberation. In addition to five other renowned authors from Italy, Algeria, Israel, Germany and France, one of the signatories of the letter was the Turkish author Orhan Pamuk. The authors call on Assad to resign and leave Syria; otherwise he would end up dead like Gaddafi. The letter, which is redolent of threats and blackmailing, sarcastically includes a recommendation for Assad “to settle in Algeria” as well.
Publishing of this letter is a huge source of embarrassment in terms of the responsibility that intellectuals should have at this critical period when all of Middle East including our country is being threatened by imperialist occupation and when hundreds of thousands of innocent people are being murdered in countries such as Iraq, Afghanistan, Palestine and Syria by imperialism.
The responsibility of an intellectual requires him or her to expose the imperialist policies of occupation. Moreover, the responsibility of being an intellectual means not relying on the armed forces of foreign occupants.
The signatories of this letter simply call on imperialist centers to occupy a country. These authors have clearly become tools of NATO.
We declare to the peoples of the world: the letter in question does not represent humanity. The Turkish Nobel laureate author, one of the signatories of the letter published in Liberation, does not represent the intellectuals and public conscience of Turkey. Our people have never taken the side of war and occupation and never will. It is our promise to the peoples of the world. This author, who is trying to be the spearhead of an occupation by holding a pen, will be isolated by the people and intellectuals of our country.
For your attention…
Nazım Hikmet Cultural Center

Posted by eirenae at 4:59 AM No comments: