Tags
Germany, Intelligence, Politics, Scandal, Ukraine
The German Foreign Ministry maintains the media interpretation of an October statement by the president of national intelligence agency alleging self-defense militia downed MH17 flight in Ukraine was incomplete and taken out of context.
The Russian embassy in Berlin received an official response to note #3693 from October 27 regarding Germany’s Bundesnachrichtendienst (BND intelligence agency) President Gerhard Schindler’s allegations that local militia in eastern Ukraine shot down the Malaysia Airlines flight in July.
“The media interpretation of the report of the Federal Intelligence Service (BND) president delivered to the Bundestag Committee overseeing intelligence activities on October 8 is incomplete and arbitrarily taken out of context,” the note says. 
German diplomats insisted that the BND’s analysis and evaluation was based “on information obtained from intelligence and from open sources,” which included data from the interim report of the Dutch investigation commission conducting the inquiry. The report delivered by Schindler “evaluated multiple valid scenarios with regard to their plausibility and probability,” the note said.
The ministry stressed that according to the decision of the International Civil Aviation Association (ICAA), investigation of the MH17 flight crash was handed over to Dutch authorities, authorized to exclusively deliver all information on the issue.
According to information made public by Germany’s Der Spiegel daily on October 19, Schindler delivered a statement in Bundestag on October 8 in which he claimed the militia in Ukraine’s Donetsk Region fired a rocket from a BUK defense missile system which it had captured from a Ukrainian base. It shot down the Malaysian Boeing as it was flying from Amsterdam to Kuala Lumpur, killing all 298 passengers and crew aboard.

Russian President Vladimir Putin, who met on Monday with Malaysian Prime Minister Najib Razak on the sidelines of an APEC summit in China, has also spoken on the issue of flight MH17.
Having expressed condolences to the families of the perished passengers and Malaysian state, Vladimir Putin confirmed that Moscow insists on a complete and objective international investigation of the MH17 catastrophe in accordance with the corresponding UN resolution. A picture taken on November 10, 2014, shows parts of the Malaysia Airlines Flight MH17 at the crash site near the village of Hrabove (Grabovo), some 80 kms east of Donetsk. (AFP Photo/Dimitar Dilkoff)


At the same time Putin disagreed with the Malaysian PM, who demanded greater access to the crash site “fully controlled by the local militia.”
“The reference that the crash site is fully controlled by so-called pro-Russian separatists is absolutely inconsistent, because it is not them, but the opposite side that is constantly shelling that territory,” Putin said. He noted that it is this shelling that prevents investigators from working properly at the crash site.
He welcomed the fact that Malaysian experts have finally got access to fully-fledged participation in the investigation.
“I’m sure your experts will contribute the necessary to the adequate investigation off this tragedy,” Putin told Razak.
An international team of investigators managed to recover more human remains from the MH17 crash site in eastern Ukraine, the Dutch prime minister announced in late October.
Still, investigators are intending to continue with the search operation and hire local contractors to collect plane debris beyond their reach, Reuters reported last week.
http://rt.com/news/203995-germany-intelligence-report-mh17/
Posted by eirenae at 2:21 PM No comments:

The War in Rojava: The US and Turkish Roles in the Battle of Kobani

Gorbatchev ‘’It is one nation.’’/ Fall of the Berlin Wall anniversary with symposium on the Cold War

‘’It is one nation.’’/ Fall of the Berlin Wall anniversary with symposium on the Cold War
Moscow/Berlin, September 3rd 2014 - Can a new Cold War be avoided? The threat of military escalation in Ukraine has raised fears of a relapse to the era before ...achev, when East and West faced each other with nuclear deterrence. ‘’We could get to a horrible bloodshed in Europe,’’ said Gorbachev o

n the weekend with regards to Ukraine, which is in danger of breaking apart.
The Cinema for Peace Foundation and Gorbachev‘s New Policy Forum will align in Berlin with politicians, conflict and peace researchers and dedicated artists for the Symposium ‚‘The World 25 Years after the Fall of the Berlin Wall - New Crisis, New Doubts, New Walls‘‘ on November 8&9. The symposium will discuss such question as „From Cold War I to Cold War II - what went wrong?“ and possible solutions.
The New Policy Forum is one of the most modern think tanks in Russia. Cinema for Peace uses the medium of film to promote peaceful conflict resolution and intercultural understanding. On the subject of Russia, Cinema for Peace co-produced the award-winning film ‘’Letter to Anna’’ about Anna Politkoskaya and invited the group „Pussy Riot“ to the Olympic Games in Sochi, Hollywood, Brussels and Washington. Currently the Cinema for Peace Foundation is organizing screenings in Eastern Ukraine of the movie „Inseparable“, which deals with love and understanding between Ukrainians and Russians.
Those responsible for the End of the First Cold War, Gorbachev, Hans-Dietrich Genscher and Miklos Nemeth among others, will come together on the weekend of the Fall of the Berlin Wall to discuss solutions with scientists and decision makers on how to prevent a Second Cold War.
Gorbachev will be supported by directors and artists such as Uma Thurman and Leonardo DiCaprio, with whom he introduced the so-called „Green Oscar“ at the Cinema for Peace Gala. Among the artists who are supporting Gorbachev is also Tom Hanks, who will be shooting a Cold War thriller in Berlin and who is developing a film about Mikhail Gorbachev. In the past, many representatives in the world of film like Steven Spielberg and George Clooney as well as Arnold Schwarzenegger and Sharon Stone have joined Gorbachev in his mission.
Gorbachev currently criticized that despite several announcements no humanitarian corridors for civilians have been established in the war zones of eastern Ukraine. Schools and hospitals were destroyed: „Everything must be done to ensure that the mutual killing stops; it is one nation.“ said Gorbachev. The United Nations, the EU and the conflict parties themselves are entitled to take on a crucial role in conflict resolution, emphasized the politician.
The symposium does not only intend to discuss solutions for this current crisis, but also to discuss fundamental reforms to develop international mechanisms to avoid wars and conflicts. Germany and chancellor Angela Merkel may have the opportunity to take a lead with the German G7-presidency in 2015.
For the last G8 summit in Germany, when Putin was still a respected member, Cinema for Peace produced with Richard Curtis („Mr. Bean“, „Notting Hill“) the primetime movie ‘’Suddenly Gina’’ starring Jan Josef Liefers, Catherine Deneuve and Iris Berben as chancellor, who campaigns for specific peace measures worldwide.
Posted by eirenae at 1:12 AM No comments: 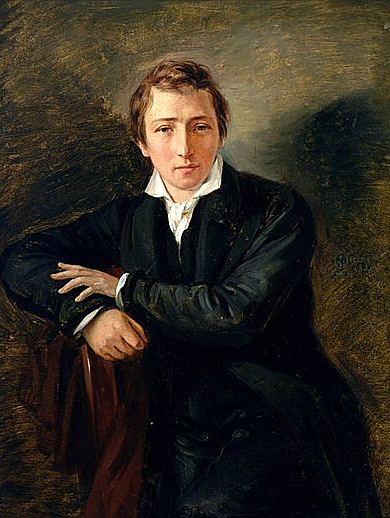