Irish journalist, who is based in Russia
Get short URL 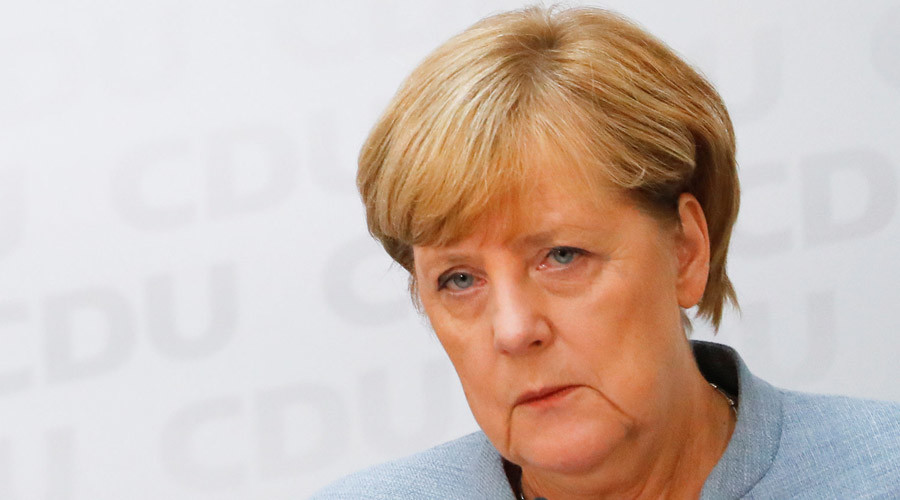 
1.1K33
The rise of the right-wing Alternative for Germany (AfD) dominates the headlines, but the most significant outcome of the German election is that Angela Merkel’s days as Chancellor are probably numbered. This has grave implications for Europe and the wider world.
What's more, Berlin’s uber stable political system has splintered which means we now enter territory unchartered for a lifetime. Because the swing to the Free Democrats (FDP) and AfD is over fourteen percentage points and almost all these gains are at the expense of the outgoing “grand coalition” of the centrist CDU/CSU and SPD parties. Both of whom have dominated Germany’s democratic parliaments since the Second World War.
For instance, in 1980, the pair controlled 87 percent of the vote in the old Federal Republic, and now they can barely manage a majority, between them, with only 53 percent of preferences. Furthermore, for the first time since 1924, six parties have achieved more than five percent of the vote. And this serves to highlight just how fragmented German politics has become.
Of course, it hardly signals a return to the Weimar days, but the relative chaos exposes how a large number of Germans have become disillusioned with the status quo. The grievances range from growing inequality and rising levels of immigration to a feeling that the political class is out of touch. The latter two concerns are often combined when voters react to Merkel’s unilateral decision to open Germany’s borders to large numbers of migrants in 2015.
Read more 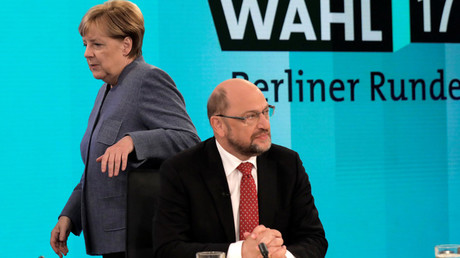 A winner, of sorts

However, we must remember that Merkel has actually won the election. Even if it may ultimately amount to a Pyrrhic victory. Also, don’t forget how she’s now emulated her erstwhile mentor, Helmut Kohl, by winning four campaigns. Nevertheless, it seems unlikely, right now, that “Mutti” (as he is affectionately known to supporters) will match his 16 years in office. Because, even at the fourth attempt in 1994, Kohl still brought the CDU/CSU alliance 294 seats from 672, whereas Merkel has managed only 246 out of an available 709. And this also represents a 65 berth drop compared to the 2013 renewal.
Thus, the knives will now be out for Merkel, and it’s only a matter of time before disgruntled backbenchers plot her ousting. Not to mention how the Bavarian CSU wing of her union has endured an eleven percent vote collapse (49percent to 38 percent), which its leader, Horst Seehofer will surely blame on blowback from the Chancellor’s open door to migrants.
This is the elephant in the room. Because before Merkel permitted millions of newcomers to freely enter Germany, the polling situation was radically different. In the last survey of August 2015, INSA put the CDU/CSU on 41 percent, the SPD on 23 percent, the FDP, and AfD both on 4 percent. Since then, the two centrist groupings have dropped eleven points, and the pair which demand the control of migration flows gained a fourteen percent increase in support.
The reason for this change is hardly a secret. On the 4th of September that year, Merkel announced how immigrants would be allowed to cross the border from Hungary into Austria and onward to Germany. Since then, over a million newcomers, mostly Syrian, Afghan and Iraqi in origin, have entered the country. And the fallout has undermined Berlin's, much envied, political steadiness.
Read more 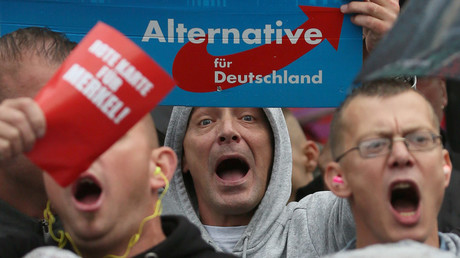 Right now, none of the Chancellor’s coalition options look particularly appetizing. SPD leader Martin Schulz has insisted his party will leave power; presumably to prevent the AfD leading the opposition and stem further hemorrhaging of support to the disrupters. This leaves the FPD and the Green Party as potential makeweights, an arrangement known as the “Jamaica option” due to the party’s color schemes.
However, the two smaller groupings have radically different platforms and, only a few weeks ago, FDP leader Christian Lindner said he “couldn’t imagine” them making a deal. That’s because the two groups are diametrically at variance on immigration and energy policies. Then there are tensions between the CSU and the Greens to consider. The environmentalists are, to put it mildly, a thorn in the side of the automobile industry. Especially with their red-line issue of removing all new combustion engine cars from the roads by 2030. Of course, the CSU's Bavaria domain, the home state of Rudolph Diesel himself, is also the headquarters of BMW, which employs tens of thousands of people locally.
There are also foreign policy disagreements between the “Jamaicans.” The FDP believes Berlin must accept Russia’s reabsorption of Crimea while the Green’s co-leader Cem Ozdemir wants to see sanctions against Moscow “tightened.”
Read more 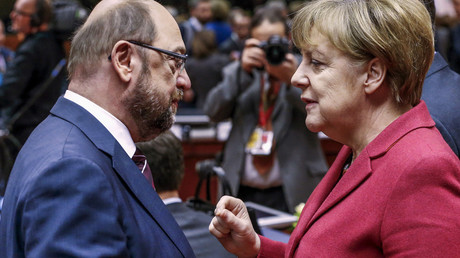 That said, there’s also a chance Merkel might be able to convince Schulz to reverse his hostility to a coalition in the “national interest.” Even if it leaves the AfD to dominate the opposition benches. Because the CDU/CSU-FDP-Green grouping may not survive a full Bundestag term.
Either way, Germany’s famed stability has been fractured, and we are surely now entering Merkel’s political endgame. The Chancellor has invested too much capital in her liberal migration policies to backtrack at this point. As a result, the CDU/CSU rank and file will now perceive her as an electoral liability, going forward, where once she was seen as a huge positive.
Also, the SPD has much navel-gazing ahead, after its disastrous showing, and may need to mimic Jeremy Corbyn’s UK Labour by moving to a more radical left stance in the future. Although, this seems impossible to imagine under the leadership of the ultraliberal centrist Schulz. At the same time, Die Linke’s momentum has stalled, and the AfD has made a huge breakthrough.
The ramifications will be felt further afield too. In Paris, Emmanuel Macron knows that the FDP in government could kill his plans for closer eurozone integration. And the Greeks will be delighted if the party, which favors debt relief for Athens, enters power. Meanwhile, Washington must be amused at the SPD’s travails after Schulz called for the removal of US nuclear weapons from German soil.
Merkel is now on borrowed time. But she's unlikely to gently depart the stage. Expect plenty of intrigues ahead.
The statements, views and opinions expressed in this column are solely those of the author and do not necessarily represent those of RT.
Posted by eirenae at 9:05 AM No comments: