Rumors of a deterioration in US-Israel relations are very much exaggerated. (Pete Souza/Official White House photo).
The Obama administration approved a $1.9 billion arms sale to Israel in recent days as “compensation” for the US nuclear deal with Iran, which the Israeli regime staunchly opposes.
Among the tens of thousands of bombs included in the weapons package are 3,000 Hellfire missiles, 12,000 general purpose bombs and 750 bunker buster bombs that can penetrate up to twenty feet, or six meters, of reinforced concrete.
This generous weapons gift comes in the wake of Israel’s most ferocious attack on the Gaza Strip to date, in which the Israeli army deliberately targeted civilians, including children, as a matter of policy.
The degree of firepower Israel unleashed on Gaza was so extreme that senior US military officials who participated in the illegal invasion and criminal destruction of Iraq were left stunned.
Even the Pentagon and State Department were forced to acknowledge that Israel did not do enough to avoid civilian deaths. But this did not prevent the Obama administration from rushing to provide Israel with the means to carry out more atrocities.

Sadistically nicknamed the “Saddamizer,” the bunker buster bomb was originally developed by the US military during the first Gulf war to penetrate Iraqi command centers buried deep underground.
In recent years, these earth-shattering explosives have been repeatedly deployed against besieged and largely defenseless Palestinians trapped in the Gaza Strip.
Israel pounded Gaza with US-supplied bunker buster bombs during Operation Cast Lead, the three-week assault in the winter of 2008-2009 that killed 1,400 Palestinians, including nearly 400 children.
Obama quietly transferred dozens more bunker buster bombs to Israel in 2009 in an effort to prevent it from obstructing negotiations with Iran.
The Obama administration replenished that stockpile after yet another Israeli attack on Gaza in 2012 with a $647 million arms package that included thousands of bunker buster bombs.
Israel used those bunker buster munitions to pummel Gaza’s high rise towers and wipe out entire families as they sheltered in their homes during Operation Protective Edge, the 2014 Israeli assault that ultimately killed over 2,200 Palestinians, most of them civilians, including over 500 children.
If the past is any indication, Obama’s weapons package will enable Israel to intensify its unspeakable atrocities against civilians in Gaza, and possibly Lebanon if Israel’s saber-rattling about Hizballah is to be believed.
Asked whether the Pentagon is concerned that its weapons might be used to harm innocent people, a spokesperson, Roger Cabiness II, offered the following vague statement: “As with any security cooperation activity, the United States assesses requests from its partners on a case-by-case basis, taking into account political, military, economic, arms control and human rights conditions in making decisions on the provision of military equipment and the licensing of direct commercial sales to any country, in accordance with the Conventional Arms Transfer Policy, the Arms Export Control Act and relevant international agreements.”

Ever since Israeli Prime Minister Benjamin Netanyahu accepted an invitation by the Republican opposition to trash Obama’s diplomatic maneuvering on Iran in a speech to Congress, analysts have warned of a growing rift in US-Israel relations, insisting that the so-called special relationship has reached its lowest point in recent memory.
Relations apparently deteriorated further following Netanyahu’s election day campaigning, when, in a last ditch appeal to the worst inclinations of his rightwing base, he summoned the spirit of George Wallace, warning, “Arab voters are coming out in droves to the polls. Left-wing organizations are busing them out.”
In an interview with former Israeli prison guard Jeffrey Goldberg, Obama insultingly equated the creation of a Jewish settler state in historic Palestine with the African American civil rights movement, while at the same time emphasizing the importance of “preserving” Israel’s Jewish majority. He went on to criticize Netanyahu’s anti-Arab electioneering, claiming to have enacted “foreign policy consequences” against Israel as a result.
Nevertheless, the pundits’ handwringing over cracks in the special relationship has been largely unfounded.
In reality, the only penalty Obama has imposed on Israel is tepid disapproval of Netanyahu’s overt racism, which is rendered meaningless by Obama’s ongoing material support for Israel’s crimes.
Meanwhile, Netanyahu has assembled the most racist government in Israel’s history, with unabashed genocide enthusiasts occupying the most senior level positions.
Israel’s new education minister is Naftali Bennett, leader of the religious ultra-nationalist Habeyit Hayehudi (Jewish Home) party who famously bragged, “I’ve killed lots of Arabs in my life — and there’s no problem with that.” In response to international outrage at the Israeli massacre of four children playing soccer on the beach in Gaza last summer, Bennett accused Palestinian resistance fighters of “conducting massive self-genocide” to make Israel look bad.
Israel’s new justice minister is Ayelet Shaked, the lawmaker who last June endorsed a call to genocide, which declared “the entire Palestinian people is the enemy” and demanded the slaughter of Palestinian mothers to prevent them from birthing “little snakes.”
Israel’s new culture minister is Miri Regev, who in 2012 helped incite a violent anti-African riot when she stood before a racist mob and labeled non-Jewish African asylum seekers a “cancer”, a statement that 52 percent of Israeli Jews agreed with. Regev later apologized, not to Africans but to cancer survivors for likening them to Black people.
Israel’s new deputy defense minister is Eli Ben-Dahan, who proudly proclaimed, “[Palestinians] are beasts, they are not human,” and, “A Jew always has a much higher soul than a gentile, even if he is a homosexual.”
Citing a combination of religious text and the writings of far rightwing Israeli figures, Israel’s new deputy foreign minister Tzipi Hotovely asserted Jewish ownership over all of historic Palestine, declaring, “This land is ours. All of it is ours. We did not come here to apologize for that.”
Earlier this month, Moshe Yaalon, who will continue to serve as Israel’s defense minister in Netanyahu’s new governing coalition, threatened to nuke Iran and promised to kill civilians, including children, in any future conflict with Lebanon or Gaza.
Unlike Obama’s hollow threats, this is not empty rhetoric. We saw this incitement play out last summer, from the burning of Muhammad Abu Khudair by Jewish extremists and “death to Arabs” mobs hunting Palestinians in the streets of Jerusalem, to the sadistic conduct and eliminationist chauvinism exhibited by Israel’s military in Gaza.
With Israeli Jewish society submerged in anti-Palestinian racism from the top down, the Obama administration has guaranteed Israel’s capacity to carry out its most destructive ambitions.
Posted by eirenae at 11:45 PM No comments: 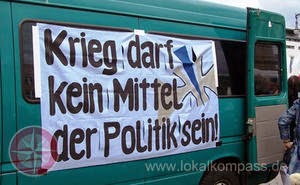 by Mint Press
Marianne, a trawler owned by Swedish and Norwegian activists, is the first ship in the newest Freedom Flotilla. Carrying supplies, activists and important international dignitaries, the activists hope to end Israel’s deadly blockade on the Port of Gaza.
The blockade of the Port of Gaza, maintained by the Israeli navy with assistance from Egypt, is part of an overall stranglehold that Israel maintains over Palestine which keeps strict, inhumane limits on the flow of food, medical supplies and equipment necessary to repair Gaza’s ruined infrastructure. Journalists and human rights monitors are routinely denied access to the region, as well.
Marianne departed Wednesday from Gothenburg, Sweden. The ship stopped in Copenhagen Saturday, where Dutch dignitaries and journalists joined the Swedish team after a celebratory concert. The passengers now include Trine Pertou Mach, a member of the Danish parliament, and Jonas Rolsted, an author. The ship’s cargo includes medical supplies and solar panels.
A joint effort of Ship to Gaza Sweden and Ship to Gaza Norway, Marianne will be joined en route by vessels from other nations, all intent on reaching the Port of Gaza. Activists from Canada, Italy, Spain, Greece and South Africa are expected to be involved. Dr. Moncef Marzouki, the former president of Tunisia, intends to join the flotilla aboard another vessel.
Writing in April for Palestinian news and advocacy site the Electronic Intifada, Jamal Khoudary reported on the devastating effects of the Israeli blockade on an occupied nation struggling to recover from last summer’s ruthless attacks, which left 300,000 homeless. “As a result [of the blockade], a million of Gaza’s population of 1.8 million is dependent on aid,” he wrote.
Exports have dropped to just 4.5 percent of what they were before the blockade began in 2007. The restricted flow of goods into and out of Gaza has caused widespread job losses and damage to the manufacturing sector and prevented effective medical care.
“Unemployment rates have hit an unprecedented level at around 50 percent. Hundreds of factories and workshops have either been destroyed or stopped functioning as essential materials are not allowed into Gaza,” reported Khoudary. “Many patients have died due to limitations on movement of individuals.”
The naval blockade is also enforced with deadly force. Palestinians and their supporters report that Israel frequently fires on fishing boats. Fishermen have been killed before, including as recently as March when the Israeli navy fired on Tawfiq Abu Reyala’s boat.
Israel’s history of attacking humanitarian aid
Israel also responded to the first Freedom Flotilla with shocking violence when it was launched five years ago by the Free Gaza Movement and Turkey’s Foundation for Human Rights and Freedoms and Humanitarian Relief. In May 2010, after military speedboats intercepted the ships, Israeli commandos boarded the lead vessel and killed nine activists.
Against the objections of the Turkish government, an International Criminal Court investigation found no grounds to bring war crimes charges over the flotilla raid, claiming it was not an incident of “sufficient gravity” to fall under their jurisdiction. But Ali Abunimah, co-founder of Electronic Intifada, accused the investigatory panel of Zionist bias and criticized the United Nations for putting a known human rights abuser, former Colombian President Álvaro Uribe Vélez, in charge.
A second Freedom Flotilla, attempted in 2011, failed due to numerous factors, including low turnout, Greek naval interference and damage to two vessels, leading activists to accuse Israel of sabotage.
With groups from more nations now signed onto the coalition, activists hope for success on this third outing. According to a Freedom Flotilla Coalition press release, Marianne’s cargo is symbolic of the goals of the entire movement: to free Palestine from Israeli control.
“In the blockaded Gaza Strip, where the infrastructure has been demolished, solar cells will thus provide an opportunity to independent local production of clean energy,” they wrote. “The sun can not be blockaded.”
Copyright Mint Press 2015
Posted by eirenae at 1:38 AM No comments: 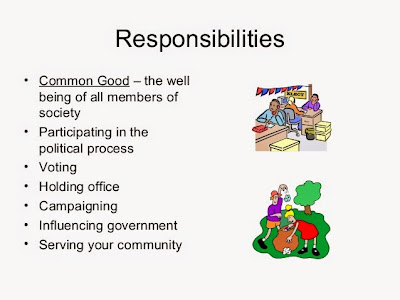