Filmmaker Emir Kusturica (Reuters/Djordje Kojadinovic)
10.2K1K26
Tags
Conflict, Mass media, Movies, Politics, Security, Social networks, War
Award-winning Serbian director and musician Emir Kusturica believes that when Washington eventually starts World War III, RT will become one of its first and primary targets, being an extremely powerful weapon challenging US state propaganda.
In an article published by the Serbian daily Politika, Kusturica has aligned RT with Russia’s most powerful weapons, specifically the SS-18, an intercontinental ballistic missile which NATO is calling“Satan”: “The devil never comes alone! At the same time with this rocket and numerous other innovations, the TV Channel RT has also appeared among the Russian arsenal.”
The RT network, Kusturica says, is destroying the “Hollywood-CNN stereotype of the good and bad guys, where blacks, Hispanics, Russians, Serbs are the villains, and white Americans, wherever you look, are OK!”
Read more 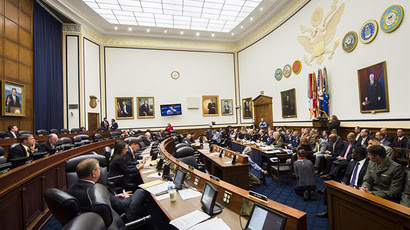 
“[US Secretary of State] Kerry and the congressmen are bothered by the fact that RT sends signals that the world is not determined by the inevitability of liberal capitalism, that the US is leading the world into chaos, that Monsanto is not producing healthy food, that Coca-Cola is ideal for cleaning automobile alloys and [is] not for the human stomach, that in Serbia the percentage of people who die from cancer has risen sharply due to the 1999 NATO bombings ... that the fingerprints of the CIA are on the Ukrainian crisis, and that Blackwater fired at the Ukrainian police, and not Maidan activists,” the filmmaker wrote.
Most of what Kusturica mentions in the article, indeed, are topics RT covers extensively... except maybe Coca-Cola’s cleaning properties.
Read more 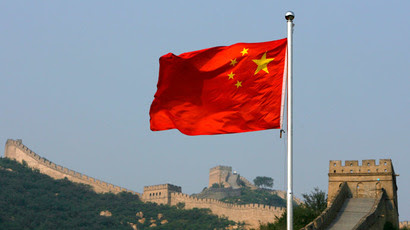 
RT is a real threat to US state propaganda as it reaches Americans “in their own homes, in perfect English, better than they use on CNN.” And that is why, according to the director, Washington could get fed up and seek to silence RT by force – much like NATO did to Serbian state TV in April 1999.
In turn, Kusturica predicts, Moscow would destroy CNN, which he considers the flag-bearer of pro-American propaganda: “CNN in direct transmissions assures that since the 1990s America has been leading humanitarian actions, and not wars, and that its military planes rain angels, not bombs!”
Until the Pentagon resorts to force, Kusturica believes, “RT will ever more demystify the American Dream and in primetime will reveal the truth hidden for decades from the eyes and hearts of average Americans.”
Born in what is today Bosnia-Herzegovina, Emir Kusturica is a 60-year-old Serbian filmmaker, actor and musician. He has won numerous international awards for his films, and was appointed Serbia’s ambassador to UNICEF in 2007.
Posted by eirenae at 3:12 AM