Russia isn't an imminent threat & Crimea's no reason for isolation?

The NATO Secretary General seemed to be in a peaceful mood on the first day of the summit, and even admitted that Russia did not pose any "imminent threat" to the "allies," in a statement that sounded somewhat at odds with the bloc's usual harsh rhetoric. Stoltenberg even called for engaging in a dialogue with Russia to "manage difficult relationships." 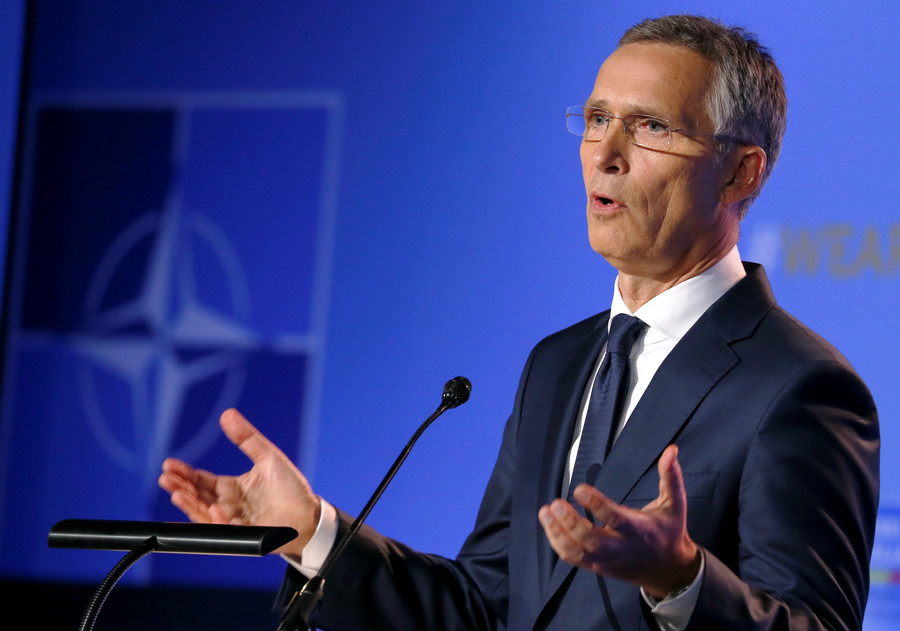 NATO Secretary-General Jens Stoltenberg holds a news conference during the NATO summit in Brussels, on July 11, 2018. © Darrin Zammit Lupi / Reuters
Even Crimea's reunification with Russia –an issue that has been used by the West and NATO in particular to demonize Russia on countless occasions since the 2014 referendum– seemed to have slightly lost its significance for the alliance, as it eventually realized that "Russia is our neighbor" and "is not going to go away" anytime soon.
While still slamming the "illegal annexation of Crimea," Stoltenberg nevertheless said that "it's not an argument in favor of isolating Russia or stop talking to Russia." He also added that re-engagement with Moscow could bring more good than harm.

However, actions speak louder than words and the NATO actions show that it still bets on military deterrence and confrontation rather than on dialog. Following the first day of the summit, Stoltenberg announced that the NATO members agreed to launch a NATO Readiness Initiative.
The program involves creating an "additional 30 major naval combatants, 30 heavy or medium maneuver battalions and 30 kinetic air squadrons, with enabling forces," which should be able to be deployed within 30 days or less. Along with building two new command centers in the US and Germany, this move was widely regarded as another measure being taken as part of a "suffocation" strategy against Moscow. 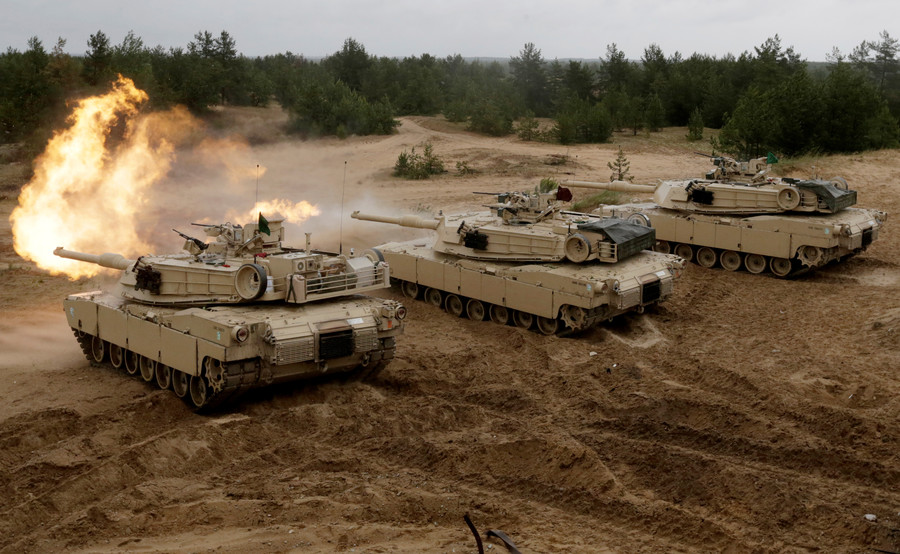 FILE PHOTO: US M1 Abrams tanks fire during the "Saber Strike" NATO military exercise in Adazi, Latvia, on June 11, 2016. © Ints Kalnins / Reuters
Apart from that, while accusing Moscow of acting "aggressively" on its borders, the bloc continues its expansion to the east. On Wednesday, NATO leaders formally invited Macedonia to start membership talks. The invitation, which was formalized in a communique at the NATO summit, is likely to further provoke Moscow's concerns about the "defensive"project which has been established and has always been aimed against Russia.
https://www.rt.com/news/432821-nato-summit-trump-germany-russia/
Posted by eirenae at 10:59 PM No comments:

Email ThisBlogThis!Share to TwitterShare to FacebookShare to Pinterest
Posted by eirenae at 10:50 PM No comments: