Thanks so much for sending this tonight. What an amazing idea, to already now hold a concert there. Surely it came from Gergiev. I cannot tell you how much I admire this giant of a human being. He is utterly amazing, as a person, as a musician, as a bringer of such amazing events to the world.
Yet he is attacked -- attacked for being proud of his country, for admiring his country's president.  How utterly soulness!!  Remember the concert which he conducted years ago, in front of the ruined administrative building of the South Ossetian capital after the Georgian attack.  That was also so moving.

2.4K3
A Russian symphony orchestra led by Valery Gergiev has given a unique performance in ancient Palmyra, recently liberated from Islamic State militants. The concert was devoted to the victims of extremists, and intends to instill hope that peace can triumph over war and terrorism.
The symphony orchestra concert was titled “Praying for Palmyra - Music revives ancient ruins” and was performed in the Roman Theater of Palmyra, one of the few sites still largely intact after Islamic State (IS, formerly ISIS/ISIL) captured the city. The venue served as the main site for the annual Palmyra festival prior to the terrorists’ rampage in the region.
The musical show commemorates those who fell while liberating the city from IS, and also backs the tremendous efforts needed to restore Palmyra’s ruined architectural gems, the organizers said.
The works of such composers as Sergey Prokofiev, Johann Sebastian Bach and Rodion Shchedrin were performed in the concert, during which renowned cellist Sergey Roldugin and violinist Pavel Milyukov also appeared on stage.
Gergiev was among the first to offer support to the embattled city, which was devastated by terrorists during its 10-month occupation. Palmyra was liberated by Syrian troops with Russian air support in March.
READ MORE: Russia pays tribute to Palmyra hero who called in anti-ISIS artillery strike on his own position
Russian President Vladimir Putin said he sees the concert as a sign of remembrance for victims of extremism, and as a promise of hope for victory over terrorism worldwide.
Read more 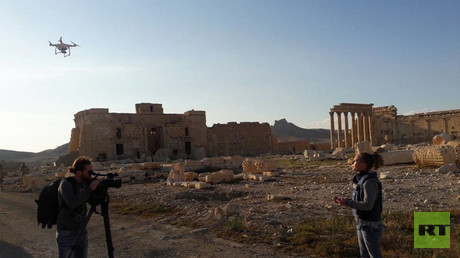 ‘Pearl of the desert’: RT visits liberated ancient ruins of Palmyra (DRONE FOOTAGE)
"I regard it [the concert] as a sign of gratitude, remembrance and hope,” he said, adding that all should be grateful to “those who fight terrorism without sparing one's own life.”
Putin called on people to remember “all victims of terror” and to “hope not just for the revival of Palmyra as cultural heritage of humanity, but for the rescue of modern civilization from this terrible menace - international terrorism.”
READ MORE: Palmyra restoration in ‘full swing’ as intl experts evaluate tremendous harm caused by ISIS (VIDEO)
Palmyra is a UNESCO heritage site and has seen the destruction of magnificent monuments such as the Arch of Triumph, the Temple of Baalshamin, and the Temple of Bel within the past year.
Terrorists also looted Palmyra’s museums and vandalized its precious exhibits. A team of international experts is currently working to preserve what is left after IS’s brutal reign in the city and is restoring artifacts severely damaged by the militants.
In April, Russian engineers completed the clearance of Palmyra and defused nearly 3,000 explosive devices over nearly 230 hectares (2.3 sq km), thus demolishing “one of the largest jihadist arsenals” of more than 12,000 explosive devices.
Palmyra is not the first war-stricken area where the famous maestro has given a concert. Gergiev conducted the Mariinsky Theater’s orchestra in breakaway South Ossetia to pay tribute to the victims of Georgia’s August 2008 invasion.
Posted by eirenae at 12:41 PM No comments: 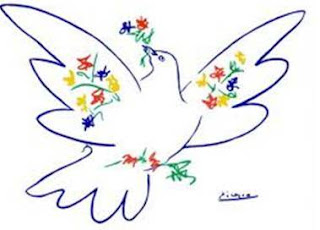 Posted by eirenae at 8:53 AM No comments: