The Hidden Stakes of the Restoration of Notre-Dame

by  Thierry Meyssan
L’Élysée has used the fire of Notre-Dame de Paris to carry out a project that was in limbo. It has set new rules, outside respect for heritage and normal tendering procedures, not to restore the cathedral, but to transform the Ile de la Cité into Europe’s leading tourist destination on the eve of the 2024 Olympic Games. To avoid judicial constraints, the hypothesis of a construction site accident was arbitrarily imposed.
VOLTAIRE NETWORK | DAMASCUS (SYRIA) | 16 MAY 2019 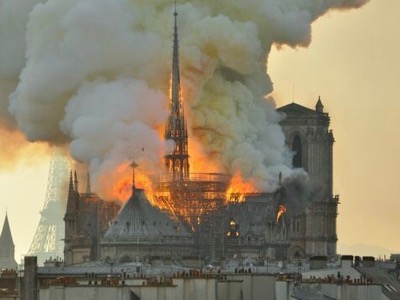 When the Notre-Dame fire began on the evening of April 15, 2019, all the French media and many foreign outlets focused on the burning cathedral. Many foreign media started their newscasts with this news, but not France2.
The public channel had planned to devote its program to President Macron’s announced speech concluding the "Great National Debate". The editor, completely stunned by the excitement provoked by this unforeseen drama, devoted his newscast to the story, not without having first decried the President’s postponing his speech sine die; a speech that was, in their view, much more important.
The frigid attitude of most journalists and the stupidity of the politicians’ spontaneous comments suddenly showed the gaping gulf between their mental world and that of the French populace. For the ruling class, the beauty of Notre-Dame cannot make us forget that it is a monument to Christian superstition. On the contrary, for the public, it is the place where the French meet as a people to take stock or to give thanks to God.
In terms of communications, there will probably be a before and after this fire: most French people were stunned by this disaster and revolted by the arrogant indifference of their ruling class.

Immediately, the President of the Republic, Emmanuel Macron decided not to rebuild Notre Dame but to execute a difficult project that had been in limbo for two and a half years.
In December of 2015, a mission was sponsored by the then President of the Republic, François Hollande, and the Mayor of Paris, Anne Hidalgo. It lasted a whole year while Emmanuel Macron was Minister of the Economy, Industry and Digital Technology.
Numerous personalities took part, including Audrey Azoulay, then Minister of Culture and now Director of Unesco [1] and Préfet Patrick Strzoda, then Chief of Staff to the Minister of the Interior and now to Emmanuel Macron.
It was headed by the President of the National Monuments Center, Philippe Bélaval, and the architect, Dominique Perrault.
Noting that the Île de la Cité has been, since its remodeling by Baron Haussmann in the nineteenth century, an administrative complex closed to the public and housing the Sainte-Chapelle and the Notre-Dame Cathedral in Paris, the mission proposed to transform it into an "Island-monument". The opportunity was provided by the removal of the Palace of Justice, the reorganization of the Prefecture of Police and the Hotel Dieu hospital. It would indeed be possible to reorganize everything.
The mission thus listed 35 coordinated projects, including the creation of underground traffic routes and the installation glass canopies covering many interior courtyards, to make the island a must-drive for 14 million annual tourists and, possibly, some French people.
The mission report [2] evoked the incredible commercial value of this project, but does not say a word about the heritage value, especially the spiritual heritage of the Sainte-Chapelle and Notre-Dame which it refers to exclusively as tourist sites, potential sources of income.
Unfortunately this ambitious project could not, according to its authors, be completed quickly, not so much because of the absence of financing but rather because of heavy administrative traditions and enormous legal constraints. Although there are only a few people on the island, the slightest expropriation can take decades. More surprisingly, the director of the National Monuments Center seemed to regret the prohibition against destroying one part of the heritage to enhance another part. Etc. 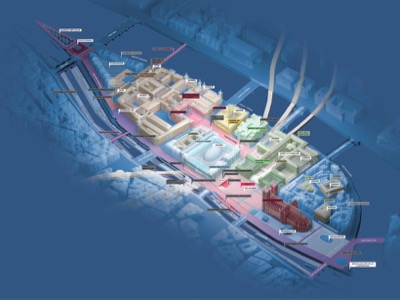 In the hours that followed, it was obvious that astronomical funds would be offered by donors ranging from ordinary citizens to the extremely wealthy. The objective of the Élysée was therefore to set up an authority capable of leading both the reconstruction of Notre-Dame and the transformation of the Ile de la Cité.
The following day, April 16, during a televised statement, President Macron declared: "So, yes, we will rebuild the Notre-Dame Cathedral and make it even more beautiful, and I want it to be completed within 5 years "[3]. Let’s forget the "I want", characteristic not of an elected Republican, but of a business leader. 5 years is extremely short, especially considering the century and a half it took to construct the cathedral. However, this is the time needed for the work to be completed on schedule for the 2024 Olympic Games tourists and the World Expo planned for 2025. This was the date foreseen by the Bélaval-Perrault mission.
Two days later, on the 17th of April, the Ministers’ Council was entirely devoted to the consequences of the fire. Three important decisions were enacted:

Appoint the former Chief of Staff of the Armed Forces, General Jean-Louis Georgelin, to lead from L’Elysée a special representation mission "to ensure the progress of the procedures and work that will be undertaken";

Have the parliament adopt a bill [4] governing the collection of funds, regularizing the appointment of General Georgelin who had reached the age limit and above all exempting his mission from all tendering procedures, heritage protection laws, and any constraints that may arise;

Launch an international architectural competition to rebuild Notre-Dame.
Another decision was made: to stifle any debate on the causes of the fire in order to avoid a judicial inquiry perturbing this beautiful arrangement.

Immediately, the new prosecutor of the Republic of Paris, Rémy Heitz, appointed by the personal intervention of Emmanuel Macron, ensured that a criminal investigation would not be favoured and that the fire was related to a construction site accident.
This assurance provoked an outcry from the site’s experts, firefighters, craftsmen and architects, for whom no worksite element was able to cause such a fire, at this place and at this speed.
The insistence of the Prosecutor and that of the Prefect of Police, Didier Lallement, to take this stance at a time when no investigator had been able to visit the scene of the fire attests to the development of an official version which does not constrain to long investigations tieing up the site. It also feeds the questions on the arbitrarily dismissed track, that of an anti-Christian or anti-religious act, especially in the context of vandalism against churches (878 profanations in 2017), the arson of the Church of Saint-Sulpice on March 17, or even the fire of Al-Marwani mosque on the Al-Aqsa esplanade in Jerusalem.
In addition, knowing that the majority of large fires occur in the context of real estate projects, the hypothesis of an act of arson to allow the transformation of the Ile de la Cité must be examined.
These questions are all legitimate, but in the absence of any investigation no definitive answer is.
Certainly, the goal of President Macron is commendable, but his method is very strange. While it is not possible to launch such a project without changing the rules of law, but if the appointment of a senior general officer is a guarantee of effectiveness, it is not a matter of respect for the law.
Posted by eirenae at 10:26 AM No comments: 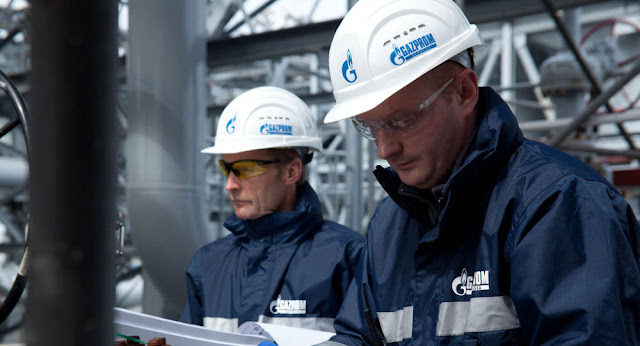 Posted by eirenae at 9:38 AM No comments: 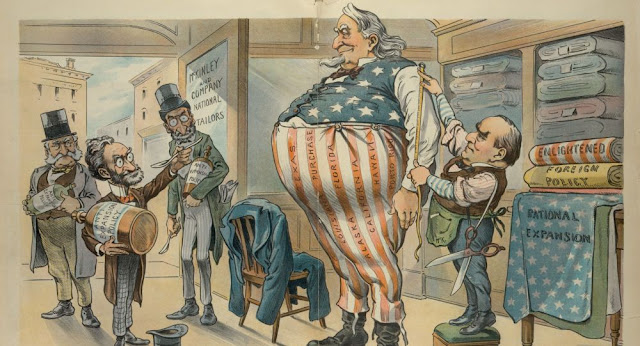 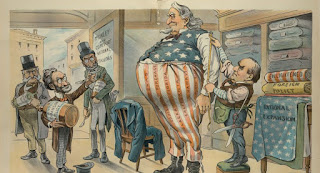 Posted by eirenae at 9:33 AM No comments: