U.S. on Wrong Side of History - Lining up with Dictatorial Gulf Monarchies by Bruce Gagnon

This is what it has all come down to.... the US and the corrupt, dictatorial Gulf monarchies meeting at Camp David Thursday and agreeing on a plan to flood the Middle East with 'missile defense' (MD) systems. 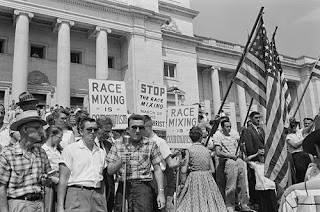 These Gulf monarchies are the essential allies of the US in the world now (in addition to a few other fascist-leaning nations).  Together they are destabilizing and creating chaos in Syria, Yemen, Ukraine and beyond.  This meeting is evidence of the desperation and the moral decay of the USA.

Obama announced that that he would streamline weapon sales and increase joint military exercises with Bahrain (home to US Navy Central Command and the Fifth Fleet), Kuwait, Oman, Qatar, Saudi Arabia and the United Arab Emirates as part of an “iron-clad commitment” that the United States will help protect them against their neighbor and rival Iran.  The Gulf states claim they fear Iran's nuclear weapons even after recent successful negotiations to ensure they don't build any.

In fact Iran stopped its nuclear weapons program several years ago - the CIA has even reported as much as has the IAEA.  But truth and reality don't matter much anymore.

What this new deal with the Gulf states really mean is unrestrained US and Arab extremism throughout the Middle East.  The plan is to build a region-wide MD system including Patriot and THAAD (Terminal High Altitude Area Defense) along with MD radars.  It's also likely that Aegis ship or land-based MD systems will be added to sweeten the pot as well.

The US weapons production corporations will make lots of money.  It's important to remember that weapons are the #1 industrial export product of our country.  When weapons are your #1 export product, what is the global marketing strategy for that product line?  Endless war.  What does that say about the soul of the USA?

All of these MD systems will be "interoperable" with the Pentagon's existing programs.  It will all be run through the US military space satellite system.  That means the Gulf states will pay for the US to build a region-wide MD system that is actually aimed at Iran, Syria, and Russia and fully controlled by Washington.

MD is a key element in US first-strike attack planning - its the shield that is used after a Pentagon sword is thrust into the heart of another nation's military forces.  When the attacked nation attempts to fire a retaliatory strike it is then that the MD systems are used to pick off the remaining military capability thus giving the Pentagon a "successful" first-strike. The whole system works best if you can get real close to the 'offending nation' and hit their missiles soon after launch rather than waiting for them to reach deep space - or hit them as they descend from space as they approach their targets.

This new Gulf states agreement is dangerous, provocative, destabilizing and very expensive.  The US has once again betrayed its revolutionary roots against British monarchy as it snuggles up with the Arab right-wing feudal monarchies. Nothing good can come from this new agreement.
Bruce K. Gagnon
Coordinator
Global Network Against Weapons & Nuclear Power in Space
PO Box 652
Brunswick, ME 04011
(207) 443-9502
http://www.space4peace.org
http://space4peace.blogspot.com  (blog)

~ Thank God men cannot fly, and lay waste the sky as well as the earth. - Henry David Thoreau
Posted by eirenae at 11:22 PM No comments: