Too many theories, not enough reality. Image: AFP / Asia Times

As the story goes, in wintry Winnipeg, Canada, at a nondescript laboratory hidden on Arlington St., Chinese scientists working at the facility managed to secure and steal a sample of the deadly novel coronavirus.
The contagion was allegedly smuggled out of Canada, and taken to a lab in Wuhan, China, where scientists there studied it carefully and worked toward creating a biological weapon.
Alas, somehow, the virus escaped … spreading slowly at first. Unleashed on the public, it would infect thousands and kill many people, sparking a worldwide panic and spread to 30 countries.
That is roughly a storyline that has spread online.
Unfortunately, there is a big problem with this story – it didn’t happen. Let me repeat that, it didn’t happen.
This report, along with other reports, has spawned an info-demic of misinformation that has spread as fast as the outbreak.
According to the New York Times, since the outbreak began a number of misleading claims and hoaxes about the virus have circulated online.

They include false conspiracy theories that the virus was created in a lab and that vaccines have already been manufactured, wild exaggerations about the number of sick and dead, and potentially harmful claims about bogus cures.
Both Facebook and Twitter have taken measures to put a stop to the proliferation of fake news before it gets any worse.Users who search for information on the virus on Facebook, or who click on certain related hashtags on Instagram, will receive a pop-up providing authoritative information on the virus, the Times reported. In addition, information about the outbreak will also appear at the top of Facebook users’ news feeds based on guidance from the World Health Organization (WHO).
So where does the truth lie? Is the novel coronavirus – now called Covid-19 – a super-secret bioweapon test gone awry? Or is that just another wacky conspiracy theory, left to bounce around social media and die in ignorance?

Firstly, here is what we do know, according to the Centers for Disease Control and Prevention (CDC) — clearly one of the best sources on the subject:
Covid-19 is a new coronavirus that has not been previously identified. The 2019 novel coronavirus (2019-nCoV), is not that same as the coronaviruses that commonly circulate among humans and cause mild illness, like the common cold.
Public health officials and partners are working hard to identify the source of the virus. Coronaviruses are a large family of viruses, some causing illness in people and others that circulate among animals, including camels, cats and bats. Analysis of the genetic tree of this virus is ongoing.
SARS, another coronavirus that emerged to infect people, came from civet cats, while MERS, another coronavirus that emerged to infect people, came from camels. Covid-19 probably originally emerged from an animal source but now seems to be spreading from person-to-person.
According to a multi-source database compiled by Johns Hopkins University, Covid-19 has infected
some 64,460 people around the world by Friday.
More than 1,380 deaths have been reported in China, with most of the fatalities occurring in the central province of Hubei. The number of infections has also grown globally, with hotspots in Japan, Thailand, Singapore, Taiwan and Germany.
Shocking numbers but the disinformation is even more extreme.
One thread of questionable information began with a jaw-dropping interview with Dr. Francis Boyle in Geopolitics and Empire. Boyle is not a crackpot, he drafted the Biological Weapons Anti-Terrorism Act of 1989 that was approved by both houses of the US Congress and signed into law by former president George HW Bush.
In the interview, he gave a detailed statement alleging Covid-19 is an offensive biological-warfare weapon and that the WHO knows about it.
The author of Biowarfare and Terrorism, Boyle also refers to a report from GreatGameIndia that Chinese biowarfare agents working at a lab in the Canadian city of Winnipeg smuggled the coronavirus to the Wuhan Institute of Virology, the only Level 4 biosafety lab in China, from where it allegedly leaked.
Adding fuel to the fire, Republican Senator Tom Cotton, who serves on the US Armed Services Committee, recently said Covid-19 “might have come” from a biosafety lab from Wuhan, Malaysian newspaper The Star reported.
Chinese firms have long been accused of having close links with the country’s defense establishment. This is why the US has warned other Five Eyes intelligence-sharing nations (Australia, New Zealand, Canada and the UK) to steer clear of Huawei 5G technology.
Zerohedge.com dared to carry a story linking Chinese scientists to the outbreak and was immediately banned from Twitter. The social media site has confirmed that Zero Hedge was permanently banned for violating its “platform manipulation policy.”
Understandably, China has strongly denied the claims.
Chinese Ambassador to the US Cui Tiankai called the allegations “absolutely crazy,” warning that such statements could have damaging consequences.

Cui said China was still trying to uncover the origins of the virus, The Star reported.
“According to some initial research, it probably comes from an animal, but we have more to discover,” the ambassador said.
“I think it’s true that a lot is still unknown and our scientists — Chinese scientists, American scientists, scientists of other countries – are doing their best to learn more about the virus,” Cui said.
Most mainstream medical experts don’t buy the conspiracy theories.
Check out these Tweets from the UK’s Express:
Dr. David Jacobs, the co-founder of the Coalition of Ontario Doctors, tweeted: “Please stop with the conspiracy theories!
“The #coronavirus was NOT made in a lab. It is NOT a biological weapon.
“Coronaviruses are common and account for up to 20 percent of colds every year.
“The particularly nasty ones like SARS and MERS originate in bats and cross infect humans.”
Professor Richard Ebright, an expert in chemical biology at Rutgers University, added: “Based on the virus genome and properties there is no indication whatsoever that it was an engineered virus.”

WHO Director-General Dr. Tedros Adhanom Ghebreyesus also told reporters that “trolls and conspiracy theories” are undermining the recovery effort.
“People must have access to accurate information to protect themselves and others.”
It should be noted, that China is no stranger to epidemics. Its history is riddled with terrible contagions, all natural occurrences.
Two of the most devastating flu pandemics of the 20th century – the Asian flu of 1957 and the Hong Kong flu of 1968 – both originated in China and left a trail of about three million deaths worldwide, according to the CDC.
According to the World Health Organization, biological weapons are micro-organisms such as viruses, bacteria, fungi, or other toxins that are produced and released deliberately to cause disease and death in humans, animals or plants.
Biological agents such as anthrax, botulinum toxin and plague can pose a difficult public health challenge, causing large numbers of deaths in a short amount of time while being difficult to contain.

The truth is biological warfare – or germ warfare – has been part of war for millennia.
History records that as far back as 400 BC armies poisoned enemy wells and used poisoned arrows. History also records that in 18th-century America, the British colonialists gave smallpox-infected blankets to native Americans with the intention of killing them in an epidemic, the Inter Press Service News Agency reported.
Then, during World War I, Germany developed anthrax, glanders, cholera and a wheat fungus and allegedly may have spread plague in St Petersburg, Russia, IPS reported.
It took 22 years after the end of World War II for the world to acknowledge the evil of bioweapons. Some 179 countries have ratified the 1972 Biological Weapons Convention, requiring the parties to give an undertaking that they will “never in any circumstances develop, produce, stockpile or otherwise acquire or retain” biological weapons, IPS reported.
But the convention allows nations to conduct “defensive” research – in other words, they are allowed to make a virus to kill a virus.
It is also believed that some countries develop offensive biological and chemical weapons. There is little distinction between chemical and biological weapons from a definitional aspect.

For instance, Agent Orange used by the US Army in the Vietnam War as a herbicide, but the harm it caused was no different from that of a biological weapon, according to the Aspen Institute. Its longer-term effects were linked to cancers, diabetes, birth defects and other disabilities.
There is another troubling issue, however. As a bioweapon, Covid-19 doesn’t quite cut it – it’s just not that effective.
For starters, much fewer than half of those affected die. People who are infected must stay in bed and take similar precautions used for treating the common cold.
Covid-19 is too strong initially, and not deadly enough in the long run to be an effective bioweapon. A bioweapon should start off slow, spread quickly and kill off its multitude of victims weeks later – impossible to stop. As lethal as Covid-19 is, it doesn’t work as something an evil scientist would dream up.
Back to the Winnipeg bio lab story. According to the CBC, the Public Health Agency of Canada has denied any connection between the National Microbiology Lab in Winnipeg, two scientists who were escorted out of the building last summer, and the coronavirus outbreak in China.
Baseless stories claiming that the two scientists are Chinese spies and that they smuggled the coronavirus to China’s only Level 4 lab in Wuhan last year have been spreading on all major social media platforms and on conspiracy theorist blogs.

The story even made its way on Chinese-owned social media app TikTok, where a video pushing these claims was watched more than 350,000 times.
“This is misinformation and there is no factual basis for claims being made on social media,” Eric Morrissette, chief of media relations for Health Canada and the Public Health Agency of Canada said in response to queries by CBC News.
The conspiracy theory seems to be based on a distorted reading of reporting from CBC News published last summer.
So where does one get accurate information on Covid-19? Here is a list of reliable sources:
https://www.medicalnewstoday.com/articles/novel-coronavirus-your-questions-answered#6.-What-is-its-impact?
https://www.health.gov.au/health-topics/novel-coronavirus-2019-ncov
https://www.who.int/emergencies/diseases/novel-coronavirus-2019
https://ipac-canada.org/coronavirus-resources.php
https://www.cdc.gov/coronavirus/2019-ncov/faq.html
https://ec.europa.eu/health/coronavirus_en
Posted by eirenae at 1:13 PM No comments: 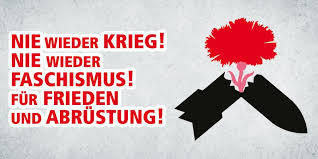