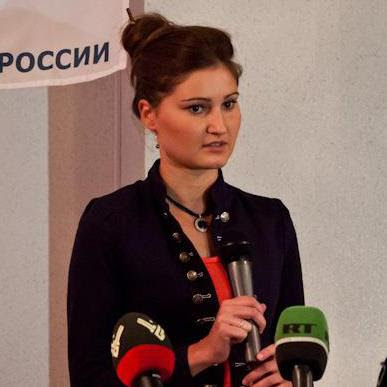 Posted by eirenae at 8:28 AM No comments:

This is what the Spanish WILPFers have to say:

WILPF alerts on the tragic consequences of the austerity policies of the European Union, particularly for women. By the pressure of financial markets. The policy in Europe is shaped by drastic reduction of public spending, privatisation, wage and pension cuts and the reduction of social security, sometimes also by tax increases that hit in particular the poor and vulnerable.

Women are affected by it in the frist place: the unpaid work of women increases, the state withdraws from social security. This consequently produces more pressure and more stress. Other results are: female dependency on males is increased, violence against women and children are on the rise, roll back into tradtional role models follows with women's exclusion from access to all kinds of resources. Instead of investing more into poverty reduction programs, into conflict solution and into furthering human rights, into family support centres, into pre-and postnatal health care and into preventive healthcare services, into facilitating abortion for women in need, into HIV prevention programs, suchlike programs are even reduced. The gap between rich and poor is growing.

The austerity measures, carried through under the pretext of (illegal/unjustifiable) debts, install a new way of domination. By neglecting basic demands they are pushing Europe into a deep humanitarian crisis. Chaos is on the horizon. Democratic participation of women and the functioning of democracy as such are endangered.

The foreseeable split in the society threatens social peace and cohesion. The results are expressed in growing violence within the societies and the rise of neofascist movements, the latter atacking the most vulnerable part of the communities, women, ethnic minorities, migrants, refugees, children, persons with disabilities, the elderly, people with HIV and indigenous people.

The EU of today does not only stand for social sell out, it is also directly involved in global conflicts over resources and combats for strategic influence. With FRONTEX it created a military institution that serves for exluding immigrants. The Europeans arms industry and its arms trade are one of the greatest causes for destruction the world over, so indeed, „YOU GET WHAT YOU PAY FOR“.
A growing coordination of the ams production is even presented as a solution out of the economic crisis (see Barrose and van Rompey only one week after the Nobel Prize award to the EU).

WILPF supports the proposal for a European Campaign from the movement of „Women Against Austerity“ who acts under the title „Give priority to the people and to women instead of banks and creditors.“

WILPF supports the Manifesto of the European Women's Lobby on the „Effects of Economic and Financial Crisis on Women in Europe“.

WILPF addresses the European States and demands to respect and implement their human rights obligatiosn with regard to economic, social and cultural rights. Available resources must be used in fulfilment of this purpose. Such a commitment requires from the respective nation states to implement laws and to develop policies in order to achieve incremental improvements as to universal access to basic services, such as helath care, education, housing, social security and culture.
WILPF supports Audits for public debst on all levels in order to identify the illegtimate part of the debt, which must be cancelled.

WILPF campains actively for rebudgetting under the titel „You get what you pay for“ and under „Genderbudgetting.

Topics that need to be discussed with women and critical economists are:

Posted by eirenae at 7:30 AM No comments: