First impressions of a 'Passage to India'

Back from a long journey to "incredible India" 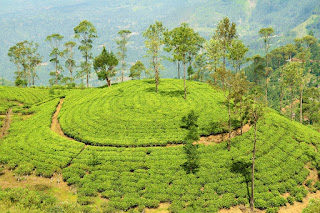 and its mostly beautifully vibrant  and friendly people, the first piece of news I want to share  is this: Many Indian people like Donald Trump! They  mistrust main stream media! This valid piece of  information was shared with me by local people in the jungle of Kerala, somewhere near Kuruva Island in the Wayanad disrtict, the district of traditional Ayurvedic medicine, most  valuable spices and herbs, bamboo rice, coffee and more.  Many locals  have access to social media! Some of them have even heard of BRICS - the basic corner stone for a world beyond war, for economic cooperation and connectivity without ideological barriers. Even the reactionary supplement of the "New Indian Express" covered the quote by Jack Ma, founder of Ali Baba in his conversation with president Trump: Your country is not  suffering from competition with China, it is suffering from all the wars overseas and the lack of investment in infrastructure at home.
In the USA I often used to here Americans speak of  'their' country as "God's own country", which  always found presumptuous.
South  Western Indians, however  have many reasons to proudly call their country "God's own",  so blessed is it  by Mother Nature. Its inhabitants are an open minded, hospitable, multi- faceted, multi-religious, spiritual  bunch of people. They are educated and often speak up to six languages and more. Many of them vote Communist. The LDF, a left wing coalition is currently running the country.  Last Friday I passed through Kalpetta, district capital of  the Wayanad in the evening hours. The place was entirely covered with bright red flags and pennants. The backs of a newly red  painted bus stop bench was shaped as hammer and sickle - incredible India.
But, this  Southern Indian paradise of  ancient Ayurvedic wisdom  and beauty also means polluted cities, plastic waste all over the place, stench, chaos, cockroaches, cramped cities busses, traffic jams and noise. The absence of  a planned public infrastructure policy.
May India  (and the world) open up to  the role model  their  great Chinese neighbour,  is developing. May their leaders liberate themselves from US bondage and learn from politicians like Xi, whose speech in Davos set the tone for a more peaceful and open minded world. Irene Eckert  02/12/17
Posted by eirenae at 2:34 AM 1 comment: