No Evidence of Russian Military Hardware Presence in Ukraine – Hollande

Posted by eirenae at 9:46 AM No comments:

Email ThisBlogThis!Share to TwitterShare to FacebookShare to Pinterest
Posted by eirenae at 9:43 AM No comments: 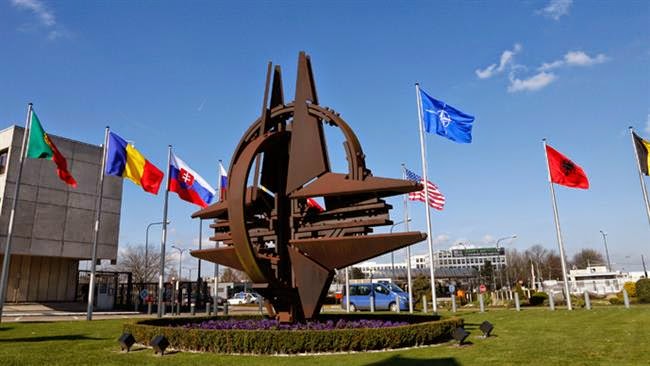 Posted by eirenae at 2:16 AM No comments:

Posted by eirenae at 2:12 AM No comments:

The Coercion of Greece

Posted by eirenae at 2:10 AM No comments:

Email ThisBlogThis!Share to TwitterShare to FacebookShare to Pinterest
German newspaper BILD gets inside US-NATO-Nuland planning session 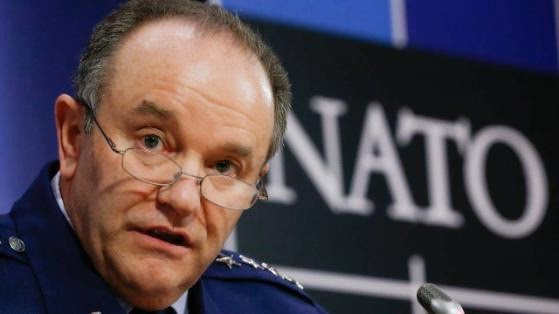 General Breedlove tells US diplomats and select members of Congress what Ukraine needs.
Das Bild, published February 19, 2015
The Bild headline:
“Cold Feet” “Bullshit,” “Angst”
What US Politicians REALLY think about the Germans in the Ukraine-crisis
February 19, 2015
Translated from German by Tom Winter
Munich — While a bloody war rages in eastern Ukraine, the next dangerous conflict is breaking out in the Security Conference, a diplomatic battle of nerves centered on the question whether the West ought to supply armaments to the regime in Kiev. The opponents are actually allies: the USA against Europe,  and Germany in particular.
Behind the soundproof doors of the conference room in the Bayerischer Hof hotel, the Americans speak about Germans in rather derogatory terms.
Friday evening a bit after 7 p.m. on the sixth floor of the luxury hotel, according to BILD’s sources, American four-star generals, diplomats, and high-ranking US politicians held a frank discussion in a “briefing room,” and held forth about the Germans.
“Defeatist,” is what a US Senator called German Defense Minister Ursula von der Leyen, because she no longer believes in a Kiev victory. The phrase “German defeatist,” according to our information, was often heard in the room.
Obama’s top diplomat for Europe, Victoria Nuland, called the Chancellor’s trip to Putin, “Merkel’s Moscow thing.” Another US Foreign office type spoke of the Europeans’ "Moscow bullshit.”
And US Senator John McCain talked himself into a rage: “History shows us that dictators always take more, whenever you let them. They can’t be brought back from their brutal behavior when you fly to Moscow to them, just like someone once flew to this city.”
Merkel’s diplomatic initiative in the Ukraine crisis stands at the center of American anger. Reason: the Americans don’t believe that Putin can’t be made to back off without a massive push, and the Europeans have no wish to build up a greater push.
“They’re afraid of damage to their economy, counter-sanctions from Russia,” said Nuland. Another US politician: “It’s painful to see that our NATO partners are getting cold feet.”
Obama’s close confidante Victoria Nuland is the one who set the tone for her American colleagues at the prelude to the evening: “We can fight against the Europeans, we can fight with rhetoric against them.”
Several US politicians appeared to have hesitations about weapons supply to Kiev. One asked whether it was only a tactic, a false promise to get the Europeans to put more pressure on Putin. “No, it’s not a tactic to push the Europeans,” answered Nuland dryly. "We’re not going to sent any four divisions into Ukraine, as the Europeans fear. It’s only a relatively moderate delivery of anti-tank weapons.”
“But what will we tell the Europeans if we really decide on delivering weapons,” asked one Congressman. "What’s our story then?”
NATO Commander General Philip Breedlove was there. He answered: "We’re not on a footing to deliver so many weapons they could defeat Russia [!!! —tr] That’s not our goal. But we have to try to raise the battlefield cost for Putin, to slow down the whole problem, so sanctions and other measures can take hold."
Again top diplomat Nuland, who speaks fluent Russian and served as Dick Cheney’s security advisor took it up: “I’d strongly urge you to use the phrase ‘defensive systems’ that we would deliver to oppose Putin’s ‘offensive systems.’"
General Breedlove clarified for the US politicians, what an actual arms delivery would look like. “Russian artillery is by far what kills most Ukrainian soldiers, so a system is needed that can localize the source of fire and repress it. Ukrainian communications are disrupted or completely swamped, so they need uninterceptible communications gear. Then I won’t talk about any anti-tank rockets, but we are seeing massive supply convoys from Russia into Ukraine. The Ukrainians need the capability to shut off this transport. And then I would add some small tactical drones.”
NB: These planned weapons and systems are so technically demanding that US soldiers would probably have to train the Ukrainian army. Thus the USA would be intervening with their own troops in the conflict.
There hasn’t been this much conflict between Europeans and Americans since the Munich Security conference of 2003, shortly before the beginning of the Iraq war. In the morning Chancellor Angela Merkel travels to Washington to US President Barak Obama. The two have much to discuss…
Translator's note: This material is visible throughout the German press, and it all comes back to this article in Das Bild, and the source for this Bild article had to be German Intelligence. The German press is full of praise for their peace-making Chancellor, and apparently the Chancellory is committed to making Minsk II a success. Further, this item removes, and was doubtless intended to remove, any doubts about NATO being a US instrument. Also to be noted here is a complete zeroing out of the five or six million Russian-speaking inhabitants of Lugansk and Donetsk; they don't exist, it's just Russia.
Global Network Against Weapons & Nuclear Power in Space
PO Box 652
Brunswick, ME 04011
(207) 443-9502
http://www.space4peace.org
http://space4peace.blogspot.com  (blog)

~ Thank God men cannot fly, and lay waste the sky as well as the earth. - Henry David Thoreau
Posted by eirenae at 1:52 AM No comments:

Posted by eirenae at 1:32 AM No comments: