Is US-NATO Preparing to Wage War on Russia?
By Prof Michel Chossudovsky December 20, 2014
Is US-NATO Preparing to Wage War on Russia? The Wales NATO Summit in September has set the stage.
Several military initiatives directed against the Russian Federation have been launched in the last few months including the conduct of war games in Eastern Europe, military trai- ning and the deployment of special forces in Ukraine.
These military initiatives are led in coordination with media propaganda and a program of “economic terrorism” consisting of disruptive economic sanctions, the freeze of monetary and trade transactions, the fraudulent manipulation of the oil and currency markets, etc. The media campaign consists in presenting war as a humanitarian undertaking.
The endgame is to weaken the Russian Federation, undermine its institutions, impoverish its population.
Meanwhile, the US Congress has passed enabling legislation which provides a de facto green light to president Obama to declare war on Russia.
Reports have also confirmed that Washington is contemplating “regime change” in the Russian Federation with a view to installing a more compliant government in the Kremlin. According to President Vladimir Putin:
“We see the tragic consequences of the so-called color revolutions and ordeals survived by the peoples of the states that faced these irresponsible experiments of covert and sometimes even... overt interference into their lives...
This is a lesson and warning for us and we will do everything possible to prevent this from happening in Russia.” (quoted in Sputnik, November 20 2014)
Military threat combined with “economic warfare” are intended to create social and econo- mic instability in the Russian Federation. Cyber warfare is also an instrument of interventi- on directed against an enemy’s communications systems.
The US-NATO military exercises conducted in recent months in Eastern Europe and the Baltic States were explicitly directed against Russia. According to Moscow, they consisted

4/6
in “increasing operation readiness” as well the transfer of NATO “military infrastructure to the Russian borders”.
In mid-December, General James Stavridis, former commander of Nato in Europe called upon the Atlantic Alliance to”send arms and military advisers to Ukraine to help it fight Moscow-backed separatists.”
“I think we should provide significant military assistance to the Ukrainian military. I don’t think we should limit ourselves to, non-lethal aid. I think we should provide ammunition, fuel, logistics. I think cyber-assistance would be very significant and helpful, as well as advice and potentially advisers.
“I don’t think there needs to be huge numbers of Nato troops on the ground. The Ukrai- nian military can resist what’s happening, but they need some assistance in order to do that.” (quoted in the Guardian, December 14, 2014)
And on December 18th, President Barack Obama signed the Ukraine Freedom Support Act which allocates up to $350 million in military aid to Ukraine in support of its military campaign in Donbass.
In addition to the granting of military aid, the US military is directly involved in the process of military planning in close coordination with Ukraine’s Ministry Defense.
Its Called “Defense Cooperation”
While US involvement is officially limited to training, the sending in of special forces and support to Ukraine’s National Guard, mercenaries and private security operatives on con- tract the Pentagon and NATO have also been deployed within the ranks of the Ukraine mi- litary and National Guard in the Donbass region of eastern Ukraine.
US Military Advisers at Work
In late November, the US State Department confirmed that it “will continue to send special teams to Ukraine to provide security assistance”, namely advising and military training.
As part of this program of security assistance, Brig. Gen. John Hort, chief of operations, U.S. Army Europe was dispatched to Kiev together with “his staff and members of the U.S. Office of Defense Cooperation, located at the U.S. Embassy in Kyiv”, Ukraine,
participated in a Global Security Contingency Fund — Ukraine planning requirements meeting with Ukrainian National Guard officials, here, Dec. 8-9, 2014.
The purpose of the requirements meeting was to identify Ukraine’s National Guard Unit organization, training readiness and unit end state conditions after training completion. U.S. Army Europe, Ukraine defense officials share lessons learned
The Office of Defense Cooperation (ODC): Subsidiary of the Pentagon at the US Em- bassy in Kiev
The Office of Defense Cooperation which operates out of the US Embassy in Kiev “works with the Ukraine’s Ministry of Defense to provide military equipment and training to support the modernization of Ukraine’s military.” http://ukraine.usembassy.gov/odc.html
5/6

US Ambassador Geoffrey Pyatt, in liaison with Assistant Secretary of State Victoria Nu- land, plays a key role in coordinating the activities of ODC-Ukraine. Defense officials at the US Embassy are in turn in liaison with the Pentagon. The activities of the ODC broad- ly defined consist in:
1. The deployment of US military personnel in Ukraine is implemented under the so-called Joint Contact Team Program-Ukraine (JCTP)
The mission of the JCTP is “to deploy US military teams to Ukraine to acquaint the Ukraini- an military with various aspects of western militaries.”
2. The military training program is implemented under the auspices of the International Mi- litary Education and Training (IMET). Under this program, Ukraine military personnel are sent to the US for training.
3. The sale and procurement of weapons is under the auspices of Foreign Military Sales/Foreign Military Financing (FMF)
The FMF program assists the Ukrainian military in conducting defense reform by provi- ding funds for Ukraine to purchase US military equipment and services. (http://ukrai- ne.usembassy.gov/odc.html)
4. Support to Ukraine’s National Guard is implemented through the California–Ukraine State Partnership Program (SPP). While the SPP mandate is to “promote democracy, free market economies and military reform, in practice the SPP is used to channel support as well as special forces and military advisers to Ukraine’s (neo-Nazi) National Guard battali- ons in Donbass.
Of significance, the SPP Mission is coordinated jointly by the US Ambassador to Ukraine and the Commander of U.S. European Command (EUROCOM) General Philip Breedlove based in Stuttgart, Germany.
THE OBAMA ADMINISTRATION IS A THREAT TO GLOBAL SECURITY
SAY NO TO THE US LED WAR ON RUSSIA WHICH COULD POTENTIALLY LEAD THE WORLD INTO A WORLD WAR III SCENARIO.
Forward this article. The political consensus in favor of war must be broken.
www.luftpost-kl.de
VISDP: Wolfgang Jung, Assenmacherstr. 28, 67659 Kaiserslautern

"It Looks Like The Economic and Propaganda War Is Progressively Being Won by Russia" P. Koenig

Europe Beware! – World War III Could Destroy Europe for the Third Time in a Century  By Peter  Koenig 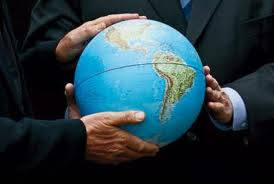 Posted by eirenae at 8:34 AM No comments:

SAY NO TO THE US LEAD WAR ON RUSSIA ! Michel Chossudovsky

Is US-NATO Preparing to Wage War on Russia?

Posted by eirenae at 1:49 AM No comments: 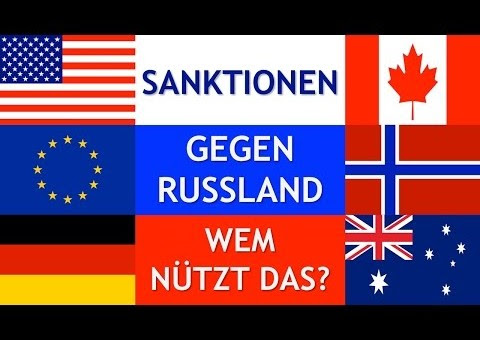 News | 30.12.2014 | 00:01 Western powers want to find common ground with Russia and end their confrontational approach over Ukraine, the EU’s foreign policy chief told Italian media. She denied that the EU differs from the US in its position towards dealing with the crisis. Federica Mogherini, High Representative of the European Union for …
Weiterlesen →
Posted by eirenae at 1:38 AM No comments: