Posted by eirenae at 1:10 PM No comments:

On Monday, the first in a series of IYSSE (International Youth and Students for Social Equality) seminars took place at Berlin”s Humboldt University (HU) on the topic of “The return of German militarism and the falsification of history”. The IYSSE is running candidates in the January 14-15 student union elections and has organized a series of seminars at the university as part of its campaign. Ban Ki-moon announces date for accession to ICC; move will enable Palestinians to pursue war-crimes charges against Israel.
Associated Press
UN Secretary-General Ban Ki-moon said late Tuesday that the Palestinians will join the International Criminal Court on April 1, a high-stakes move that will enable them to pursue war-crimes charges against Israel. 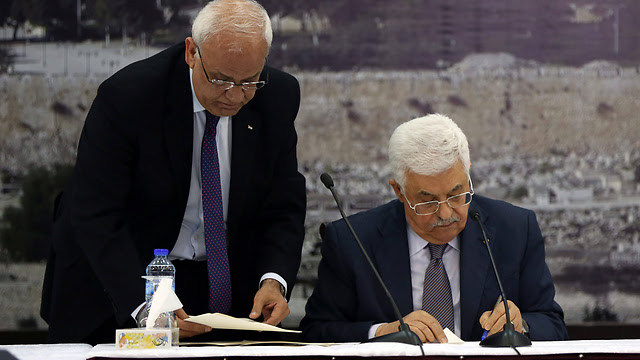 The Palestinians submitted the documents ratifying the Rome Statute that established the court last Friday, the last formal step to accepting the jurisdiction of the world's permanent war crimes tribunal. The UN said the secretary-general would review the paperwork.


In a statement posted on the UN's treaty website, the secretary-general announced his acceptance of the documents saying "the statute will enter into force for the State of Palestine on April 1, 2015" in accordance with the court's procedures. He said he was "acting in his capacity as depositary" for the documents of ratification.


Palestinian President Mahmoud Abbas signed documents to join the ICC a day after the UN Security Council rejected a resolution on Dec. 30 that would have set a three-year deadline for the establishment of a Palestinian state .
Joining the ICC is part of a broader Palestinian strategy to pressure Israel into withdrawing from the territories and agreeing to Palestinian statehood. Abbas has been under heavy domestic pressure to take stronger action against Israel after a 50-day war between the Jewish state and militants in Gaza over the summer, tensions over holy sites in Jerusalem, and the failure of the last round of US-led peace talks.


The Palestinian decision to join the ICC has already sparked retaliation from Israel which froze the transfer of more than $100 million in tax funds collected for the Palestinians on Saturday. It promised tougher action on Sunday. 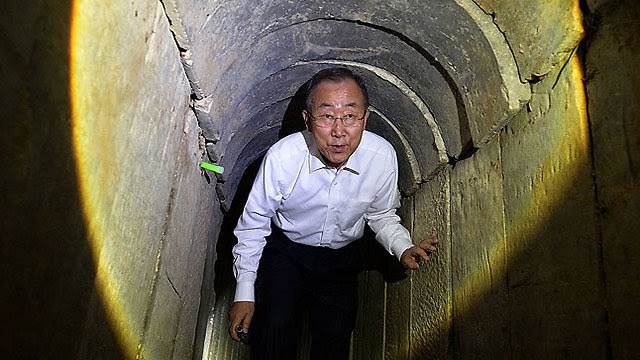 
The United States also opposed the move, calling it an obstacle to reaching a permanent peace agreementl that would give the Palestinians an independent state. The Obama administration said Monday it was reviewing its annual $440 million aid package to the Palestinians because of the decision to join the ICC.


While Palestinian membership in the ICC doesn't automatically incur U.S. punishment, any Palestinian case against Israel at the court would trigger an immediate cutoff of U.S. financial support under American law.


Palestinian Ambassador Riyad Mansour said last week that the Palestinians are seeking to raise alleged crimes committed by Israel, including during last summer's war in Gaza. He said the Palestinians will also seek justice for Israeli settlements on Palestinian territory, which he said constitute "a war crime" under the Rome statute.


An ICC investigation could also lead to possible war crimes charges against Palestinians, but Mansour said the Palestinians don't fear any possible action by the court.


The ICC said the Palestinians submitted a document to the court's registrar, Herman von Hebel, in The Hague, Netherlands on Jan. 1 stating that Palestine accepts the jurisdiction of the ICC starting June 13 -- about a month before the Gaza war started.


The International Criminal Court was created to prosecute individual perpetrators of war crimes, crimes against humanity, and genocide. Palestine will become the 123rd member.


But in Monday's press release, the court stressed that accepting the jurisdiction of the ICC "does not automatically trigger an investigation." ICC Prosecutor Fatou Bensouda must determine whether the criteria under the statute for opening an investigation have been met, it said.

Posted by eirenae at 2:35 AM No comments:

Posted by eirenae at 2:28 AM No comments:

Another War in Europe? In Whose Name?

Posted by eirenae at 2:26 AM No comments: