US deploying jets around Asia to keep China surrounded

Stars and Stripes
By John Reed

The United States Air Force will dramatically expand its military presence across the Pacific this year, sending jets to Thailand, India, Singapore and Australia, according to the service's top general in the region.
For a major chunk of America's military community, the so-called "pivot to Asia" might seem like nothing more than an empty catchphrase, especially with the Middle East once again in flames. But for the Air Force at least, the shift is very real. And the idea behind its pivot is simple: ring China with U.S. and allied forces, just like the West did to the Soviet Union, back in the Cold War.
U.S. military officials constantly say they aren't trying to contain China; they're working with the Chinese and other Pacific nations to "maintain stability" in the region. Still, a ring of bases looks an awful lot like something we've seen before.
In Australia, for example, the Air Force will dispatch "fighters, tankers, and at some point in the future, maybe bombers on a rotational basis," said Gen. Herbert "Hawk" Carlisle, chief of U.S. Air Force operations in the Pacific, during a breakfast with reporters in Washington this week. The jets will likely start their Australian presence sometime in the next year at the Royal Australian Air Force (RAAF) base at Darwin (already crowded with Marines), before moving to nearby RAAF Base Tindal, according to the four-star general.
This is just the start of the Air Force's plan to expand its presence in Asia, according to Carlisle. In addition to the Australian deployments, the Air Force will be sending jets to Changi East air base in Singapore, Korat air base in Thailand, a site in India, and possibly bases at Kubi Point and Puerto Princesa in the Philippines and airfields in Indonesia and Malaysia.
All of this helps the United States develop a network of bases in the region and build ties to allies that operate American equipment and know how to work with the U.S. military.
"One of the main tenets of our strategy is to expand engagement and interoperability and integration . . . with our friends' and partners' militaries," said Carlisle.
"The only defense budgets in the world that are climbing are in Asia," said the general. This means the United States is working to grow its network of American-armed Pacific allies that can, in effect, bolster the U.S. presence there.
The Navy and Marines have already started their pivot to Asia, with the Navy basing littoral combat ships in Singapore and the Marines sending troops on their aforementioned deployments to Australia. Meanwhile, the Marine Corps is also refurbishing old World War II airfields on Pacific Islands. These bare-bones strips, like the one on Tinian, part of the Northern Mariana Islands, would be used by American forces in case their main bases are targeted by Chinese ballistic missiles.
U.S. officials keep saying that these deployments to the Pacific will be just for a short while. But these rotating troops will still need support staff waiting for them at all of these sites — which means America's expansion in the Pacific be anything but temporary.
Global Network Against Weapons & Nuclear Power in Space
PO Box 652
Brunswick, ME 04011
(207) 443-9502
globalnet@mindspring.com
www.space4peace.org
http://space4peace.blogspot.com/  (blog)
Posted by eirenae at 10:09 PM No comments: 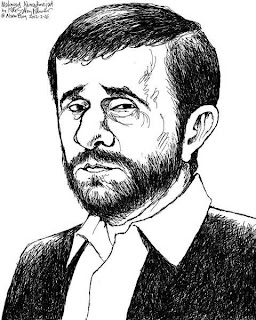 Posted by eirenae at 9:57 PM No comments:

Posted by eirenae at 3:34 AM No comments: