President al-Assad: Britain and France have neither the will nor the vision on how to defeat terrorism 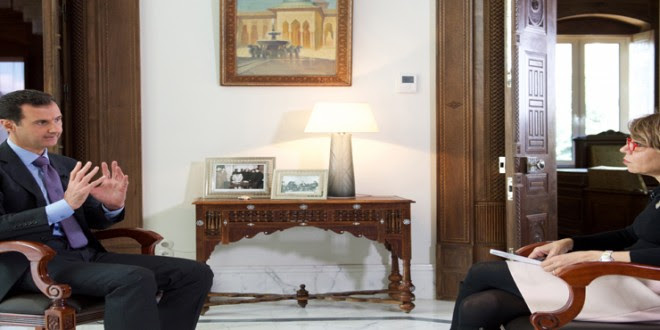 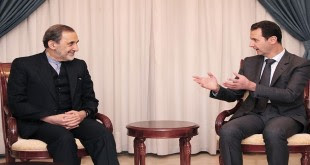 President al-Assad: Syria and its friends are bent on fighting terrorism 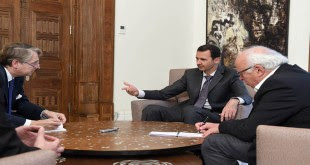 President al-Assad to French magazine Valeurs Actuelles.. Whoever fights terrorism somewhere, will protect the rest of the world 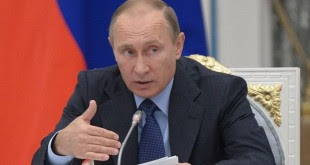 Putin: Syria is a sovereign country, President al-Assad is elected by its people

13 November، 2015
Damascus, SANA – President Bashar al-Assad gave an interview to The Sunday Times in which he said Britain and France have neither the will nor the vision on how to defeat terrorism and their airstrikes against ISIS will yield no results, but will rather be illegal and harmful in that they will help in spreading terrorism.
The following is the full text of the interview:
Question 1:  Thank you for seeing us Mr President.  As you know, the British government today will be voting on whether it will join the coalition airstrikes against ISIS. Is Britain right to join airstrikes against ISIS in Syria? And do you welcome its involvement; and will it make things worse or not make a change?
President Assad:  If I want to let’s say, evaluate a book, I cannot take or single out a phrase from that book to evaluate the whole book.  I have to look at the headlines, then the titles of the chapters and then we can discuss the rest of the book.  So, what we are talking about is only an isolated phrase.  If we want to go back to the headline, it is “the will to fight terrorism.”  We know from the very beginning that Britain and France were the spearheads in supporting the terrorists in Syria, from the very beginning of the conflict.  We know that they don’t have that will, even if we want to go back to the chapter on military participation with the coalition, it has to be comprehensive, it has to be from the air, from the ground, to have cooperation with the troops on the ground, the national troops for the interference or participation to be legal.  It is legal only when the participation is in cooperation with the legitimate government in Syria.  So, I would say they don’t have the will and they don’t have the vision on how to defeat terrorism.
And if you want to evaluate, let’s evaluate from the facts.  Let’s go back to the reality on the ground.  Since that coalition started its operation a year or so, what was the result? ISIS and al-Nusra and other like-minded organizations or groups, were expanding, expanding freely.  What was the situation after the Russians participated in fighting terrorism directly?  ISIS and al-Nusra started shrinking.  So I would say, first they will not give any results.  Second, it will be harmful and illegal, and it will support terrorism as what happened after the coalition started its operation a year or so, because this is like a cancer.  You cannot cut the cancer.  You have to extract it.  This kind of operation is like cutting the cancer that will make it spread in the body faster.
Question 2:  Are you saying, just to clarify two things, are you saying that the British, if the British join the intervention, that includes also the other coalition, with that intervention you see that is illegitimate from an international-law perspective?
President Assad:  Definitely, definitely, we are a sovereign country.  Look at the Russians, when they wanted to make this alliance against terrorism, the first thing they did was they started discussions with the Syrian government before anyone else.  Then they started discussing the same issue with other governments.  Then they came.  So, this is the legal way to combat any terrorist around the world.
Britain and France helped in the rise of ISIS and al-Nusra in this region
Question 3:  You say that France and Britain are responsible for the rise of terrorism here. But they were not responsible for the rise of ISIS, for example, is not that a little bit a harsh accusation?
President Assad: Let’s start from what Blair said.  He said that invading Iraq led to the rise of ISIS.  And we know that ISIS started publically, announcing itself as a state in Iraq in 2006, and the leader was Abu Mosaab al-Zerqawi.  He was killed by American strikes; and they announced that they killed him.  So, they know he existed and they know that IS in Iraq at that time had existed; and that it moved to Syria after the beginning of conflict in Syria because of the chaos that happened.  So, they confess.  British officials confessed, mainly Blair; and the reality is telling, that they helped in the rise of ISIS and al-Nusra in this region. 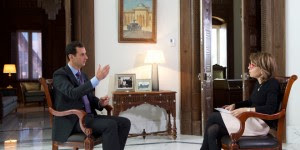 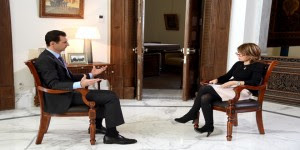 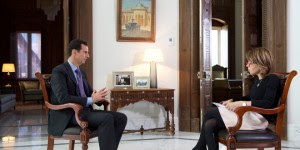