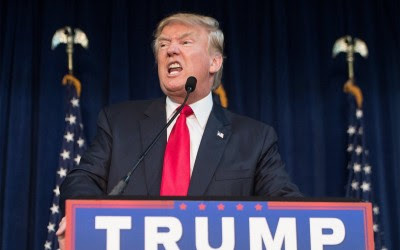 Trump’s first month in office proved nothing he said campaigning holds water. All politicians lie, saying whatever it takes to get elected, doing whatever they please once in office.
In short order, America’s 45th president surrendered to Wall Street and war-profiteers, gorging at the public trough – at the expense of humanity at home and abroad.
The hoped for antidote to Hillary appears no different when on policymaking – both subservient to monied interests at the expense of popular ones, both warriors, not peacemakers, both intolerant of challenges to America’s hegemonic aims, both hostile to all sovereign independent states, a deplorable situation, a dangerous one risking  possible nuclear war.
Hillary’s defeat didn’t dodge a nuclear bullet. It gave Trump the trigger, perhaps as willing to squeeze it to prove his machismo.
Both aspirants appear near two sides of the same coin, much alike on issues mattering most. It’s a tough judgment this soon into Trump’s tenure. Things sometimes change, though rarely, except for the worst, not better.
Trump calling NATO “obsolete” on the stump proved deceptive hyperbole. He fully supports the alliance, according to Vice President Pence, Defense Secretary Mattis, for sure hawkish National Security Advisor McMaster, and UK Prime Minister Theresa May.
Trump’s South China Sea saber-rattling risks confrontation with Beijing. Other administration figures speaking for him, demanding Russia end Kiev’s war on Donbass and relinquish its Crimea territory, is a prescription for no change in hostile US policy toward Moscow.
Threats made against Iran, North Korea and Venezuela risk more trouble, thinly veiled ones for regime change. All this going on in a few short weeks into Trump’s tenure is breathtaking and disturbing for a White House aspirant promising a different way.
There’s more. Additional US combat troops may be sent to Afghanistan to continue America’s longest war – instead of ending what never should have been waged in the first place.
Bipartisan members of Congress want a new Authorization for Use of Military Force (AUMF) to wage phony war on terrorism – instead of demanding recision of the September 14, 2001 measure, three days post-9/11.
US Central Command head General Joseph Votel wants more US combat troops for Syria – not to fight terrorism, to support it.
The way to defeat ISIS and likeminded groups is by no longer providing them with weapons, funding, training and direction. They exist because of foreign backing. Without it, they’re a spent force once exhausting their supplies.
Trump directing “mad dog” Mattis to develop a preliminary plan on how to defeat ISIS appears more about designing a way to use these foot soldiers more effectively – continuing America’s war OF terror on humanity, not waging peace instead.
His campaign hoopla about draining the swamp was deceptive hyperbole. His agenda continues serving privileged interests at the expense of most others.
US imperial madness remains unchanged – world peace and stability as threatened as ever.
Stephen Lendman lives in Chicago. He can be reached at lendmanstephen@sbcglobal.net.
His new book as editor and contributor is titled “Flashpoint in Ukraine: How the US Drive for Hegemony Risks WW III.”
http://www.claritypress.com/LendmanIII.html
Visit his blog site at sjlendman.blogspot.com.
Listen to cutting-edge discussions with distinguished guests on the Progressive Radio News Hour on the Progressive Radio Network.