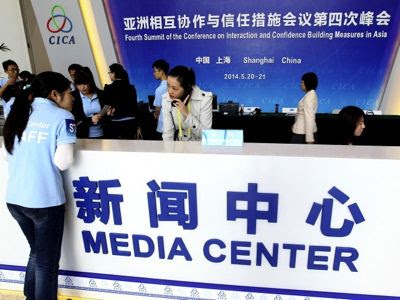 Economic Union in Heart of Europe

Posted by eirenae at 2:06 PM No comments:

Posted by eirenae at 2:00 AM No comments: 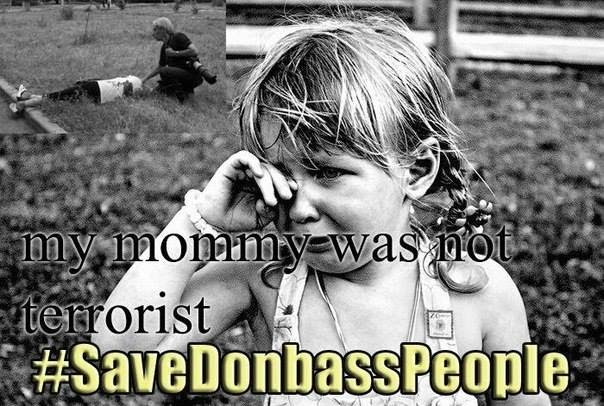 Peoples’ of the Donetsk People’s Republic and Lugansk People’s Republic Address to the International Community
We the people of the Donetsk People’s Republic and Lugansk People’s Republic turn to the international community at a critical juncture calling for immediate help and adequate reaction to the developments on our land – given the impending threat of our elimination by the Nazi and fascist forces employed by the Ukrainian regime.
We state that our sole desire is life in accordance with our historical traditions and foundations, culture and customs, in peaceful and good neighbor relations with all the nations, peoples and states that are not hostile to us. Intrinsically our people are hardworking and creative, but even so they have to take arms in order to protect their lives and future, as there is no other choice left. We have never displayed aggression towards any country or nation, nor have we ever sought expansion or acquisition of foreign land. But when it comes to our land and our families, we have stood and will stand for them till the end. We have already seen it in history. We saw it during the World War II when hordes of fascist invaders stormed our peaceful land. At the expense of an immense number of victims and colossal efforts the Soviet Union in alliance with the other countries standing on guard of peace in the world overcame Hitler’s fascism that had brought sorrow and bloodshed to our lands. And now, after more than 70 years, the plague of fascism is on the rise again. There is no need in citing innumerable acts where the essence of fascism is manifest that we find today in Ukraine. Kiev, Odessa,Khmelnitskiy, Slavyansk, Kramatorsk, Donetsk and many other cities and towns are bleeding today with the blood of our civilians, who are guilty just because they have made a stand against a man-hateful policy of the self-proclaimed Ukrainian authorities having come to power through violent means.
Today we have no other choice but for to die refusing to surrender to man-hating fascists or to unite defending our lives and lives of our wives, children and the old, and we choose the struggle. But we are well aware that our struggle, no matter how well prepared we are, will be most bitter without the help of the international community standing on guard of peace on Earth.
According to the information that we have received from the reliable sources, the current Ukrainian authorities together with the USA are now preparing for the massive mopping-up operation on our land. They will have no mercy to women and children. This fascist scenario is scheduled for the nearest future. We, the people of the Donetsk People’s Republic andLugansk People’s Republic, are ready to face the enemy carrying death to us and our children. But we sincerely hope that the international community will not stand aside and will react at our call for help, as it is more than evident that the fascist monster that shrugs and hits us today will go further tomorrow, fed and led by the USA. Then the world will find itself on the threshold of a new global war. At the same time we certainly do not identify the establishment of the USA and a number of its European allies with the American and European peoples.
We also voice hope that the forces and persons who are responsible for mongering ethnic strife among the Slavs by means of manipulations, provocations, instigations and direct actions, including sponsorship, who back nationalist extremist organizations aiming at launching military, economic, informational and genetic strikes at our people, are fully aware that they will inevitably carry a just punishment, proportionate to the scale of their atrocities and war crimes.

Posted by eirenae at 1:44 AM No comments:

Ukraine and EU Integration… of Popular Revolt against Oligarchs

Posted by eirenae at 9:02 AM No comments:

A World War is Beckoning

Why do we ­tolerate the threat of ­another world war in our name? Why do we allow lies that justify this risk? The scale of our ­indoctrination, wrote Harold Pinter, is a “brilliant, even witty, highly successful act of ­hypnosis”, as if the truth “never happened even while it was happening”.
Every year the American historian William Blum publishes his “updated summary of the record of US foreign policy” which shows that, since 1945, the US has tried to ­overthrow more than 50 governments, many democratically elected; grossly interfered in elections in 30 countries; bombed the civilian populations of 30 countries; used chemical and biological weapons; and attempted to assassinate foreign leaders.
In many cases Britain has been a collaborator. The degree of human ­suffering, let alone criminality, is little acknowledged in the west, despite the presence of the world’s most advanced communications and nominally freest journalism. That the most numerous victims of terrorism – “our” terrorism – are Muslims, is unsayable. That extreme jihadism, which led to 9/11, was ­nurtured as a weapon of Anglo-American policy (Operation Cyclone in Afghanistan) is suppressed. In April the US state department noted that, following Nato’s campaign in 2011, “Libya has become a terrorist safe haven”.
The name of “our” enemy has changed over the years, from communism to Islamism, but generally it is any society independent of western power and occupying strategically useful or resource-rich territory. The leaders of these obstructive nations are usually violently shoved aside, such as the democrats Muhammad Mossedeq in Iran and Salvador Allende in Chile, or they are murdered like Patrice Lumumba in the Congo. All are subjected to a western media campaign of caricature and vilification – think Fidel Castro, Hugo Chávez, now Vladimir Putin.
Washington’s role in Ukraine is ­different only in its implications for the rest of us. For the first time since the Reagan years, the US is ­threatening to take the world to war. With eastern Europe and the Balkans now military outposts of Nato, the last “buffer state” bordering Russia is being torn apart. We in the west are backing neo-Nazis in a country where Ukrainian Nazis backed Hitler.
Having masterminded the coup in February against the democratically elected government in Kiev, Washington’s planned seizure of Russia’s ­historic, legitimate warm-water naval base in Crimea failed. The Russians defended themselves, as they have done against every threat and invasion from the west for almost a century.
But Nato’s military encirclement has accelerated, along with US-orchestrated attacks on ethnic Russians in Ukraine.

Instead, Putin has confounded the war party by seeking an accommodation with Washington and the EU, by withdrawing troops from the Ukrainian border and urging ethnic Russians in eastern Ukraine to abandon the weekend’s provocative referendum. These Russian-speaking and bilingual people – a third of Ukraine’s population – have long sought a democratic federation that reflects the country’s ethnic diversity and is both autonomous and independent of Moscow. Most are neither “separatists” nor “rebels” but citizens who want to live securely in their homeland.
Like the ruins of Iraq and Afghanistan, Ukraine has been turned into a CIA theme park – run by CIA director John Brennan in Kiev, with “special units” from the CIA and FBI setting up a “security structure” that oversees savage attacks on those who opposed the February coup. Watch the videos, read the eye-witness reports from the massacre in Odessa this month. Bussed fascist thugs burned the trade union headquarters, killing 41 people trapped inside. Watch the police standing by. A doctor described trying to rescue people, “but I was stopped by pro-Ukrainian Nazi radicals. One of them pushed me away rudely, promising that soon me and other Jews of Odessa are going to meet the same fate … I wonder, why the whole world is keeping silent.”
Russian-speaking Ukrainians are fighting for survival. When Putin announced the withdrawal of Russian troops from the border, the Kiev junta’s defence secretary – a founding member of the fascist Svoboda party – boasted that the attacks on “insurgents” would continue. In Orwellian style, propaganda in the west has inverted this to Moscow “trying to orchestrate conflict and provocation”, according to William Hague. His cynicism is matched by Obama’s grotesque congratulations to the coup junta on its “remarkable restraint” following the Odessa massacre. Illegal and fascist-dominated, the junta is described by Obama as “duly elected”. What matters is not truth, Henry Kissinger once said, but “but what is perceived to be true.”
In the US media the Odessa atrocity has been played down as “murky” and a “tragedy” in which “nationalists” (neo-Nazis) attacked “separatists” (people collecting signatures for a referendum on a federal Ukraine). Rupert Murdoch’s Wall Street Journal damned the victims – “Deadly Ukraine Fire Likely Sparked by Rebels, Government Says”. ­Propaganda in Germany has been pure cold war, with the Frankfurter Allgemeine ­Zeitung warning its readers of Russia’s “undeclared war”. For Germans, it is an invidious irony that Putin is the only leader to condemn the rise of fascism in 21st-century Europe.
A popular truism is that “the world changed” following 9/11. But what has changed? According to the great whistleblower Daniel Ellsberg, a silent coup has taken place in Washington and rampant militarism now rules. The Pentagon ­currently runs “special operations” – secret wars – in 124 countries. At home, rising poverty and hemorrhaging liberty are the historic corollary of a perpetual war state. Add the risk of nuclear war, and the question begs: why do we tolerate this?
John Pilger is the author of Freedom Next Time. He can be reached through his website: www.johnpilger.com
Source: http://www.counterpunch.org/2014/05/14/a-world-war-is-beckoning/
Sent from:
Global Network Against Weapons & Nuclear Power in Space
PO Box 652
Brunswick, ME 04011
(207) 443-9502
globalnet@mindspring.com
www.space4peace.org
http://space4peace.blogspot.com/  (blog)
Posted by eirenae at 9:37 AM No comments:

(Some ideas may cause indignation, but it be better to instigate a truthful discussion on the below  expressed views which are not so far from a realistic look at the events, blogger's comment)

Posted by eirenae at 9:17 AM No comments: