Hypocrisy of Russia-Did-It Stories Is Hard to Stomach 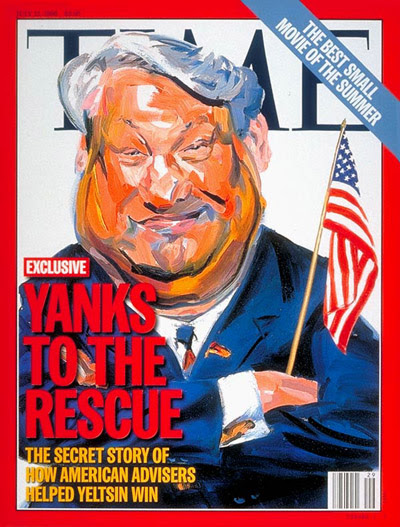 ALEX CHRISTOFOROU11 HOURS AGO http://theduran.com/obama-is-ready-to-punish-russia-for-allegedly-hacking-the-us-elections/
Posted by eirenae at 12:43 PM No comments:

"What made this year memorable and what to expect in the new year."

ADAM GARRIE: "Let 2017 be the year Donbass is fully free and peaceful."

There are many wishes I have for the New Year.


Broadly speaking, I hope that the many geo-political triumphs of 2016 are translated into human triumphs in both a literal and metaphysical sense.

This includes my wish for the Shanghai Cooperation Organisation, Eurasian Economic Union and the BRICS to fundamentally demonstrate that there is no turning back to unipolarity in geo-politics.

What’s more is that I am confident that long before the end of 2017, Syria and her allies will achieve their final decisive victories over all terrorists still operating in the country.

Peace and prosperity will return to the great people of Syria. The trilateral peace process led by Russia with Iran and Turkey is one step in the right direction, in spite of Turkey’s recent actions.

But my primary wish is for a conclusion to the war in Donbass.
The war in Donbass has raged since 2014 and of all unnecessary wars ravaging the earth, it remains the most unnecessary war of them all. It started not as a result of terrorists flowing into Donbass, nor as a result of Western intervention in Donbass, a historic Russian region that in modern history has never been anything but Russian contrary to idiotic Bolshevik* drawing of the internal map of Soviet Republics.
Rather a Western financed coup brought fascists to power in Kiev, and the people of Donbass simply had enough.
After suffering for decades under the unreliable, disloyal and incompetent  leadership of Kiev, putting naked fascists in power was simply the last straw.
The Donetsk and Lugansk republics were formed after the populations expressed their will to do so in a democratic referendum. That should have been the end of the matter.
Instead fascist troops, their mercenaries and free-lance terrorists, including Islamists, have continually invaded Donbass. Men, women, children and even infants have been pillaged, left homeless, or been tortured, killed or rapedin the process.
In spite of the so-called Minsk II agreement, Kiev’s troops continue to invade the Donbass republics.  Over the western Christmas period, the invasions became even more lethal, although this was totally ignored by the mainstream media.
This is why it is my personal wish for an historic injustice which has resulted in a deadly war to be corrected in 2017.
The Donbass republics should be recognised as sovereign entities, and if they elect to join the Russian Federation, this should be accomplished without any caveats or delays.
In the longer term, this historically fake state of Ukraine** will cease to exist. It is inevitable that half or perhaps more of the Ukrainian regions will either join the Russian Federation or form a confederacy that is friendly and open to Russia.
The western regions, which until 1945 were part of the Second Polish Republic, might well become a European vassal state, a kind of cold weather Kosovo style mafia state.  If that is what the people wish, so be it, although they still have time to reconsider the folly of their recent ways.
But whilst all of Ukraine suffers and much of it is enslaved, the people of Donbass have struck the first decisive blow against this fascist tyranny.
Their freedom must be achieved and can be achieved rapidly, so long as the powers acting in the name of justice do not forsake their duties.


See original source: http://theduran.com/new-years-wish-freedom-donbass/
* Bolshevik? no Chrutchev's unilateral decision
** its history to be studied in depth
Posted by eirenae at 12:12 AM No comments: