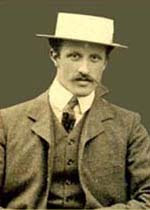 " A believe in the essential dignity of man, of all men, whatever their  color,  race or language. ...

Surely common Christianity. In my view it is. And this is why this new, Fascist Germany directs its warfare against Christianity itself. ...  Hitlers book "My Struggle" approaches a sale of a million copies a year , the Bible of Germany reveals anti-humanitarian thought", says  Hewlett Johnson, dean of Canterbury 1939 in his pamphlet "Act Now" edited by Victor Gollancz in London

And what about the prevailing philosophy of today? What about the down to core every day message of the mainstream media of the Western World, what about Art, Culture?


"Fascism sees more clearly than many Christians see, and its authoritative leaders say so plainly, that freedom,liberty, democracy, and socialism spring inevitably from the Jewish and Christian faiths with their 'outrageous' doctrine  of the fatherhood of God and the essential dignity and brotherhood of man.
Fascists declare their hostility  to these ideas and act accordingly. They exterminate Jews with revolting barbarity and then attack the Christian faith..." Hewlett Johnson s.a.

Time for a turn around. We need to  get down to the essentials and we must understand how those in power have developed  since new twist of ideological patterns to blinden us and split our popular movements. But their time  is running out. There has been an alternative and there will be. New generations grow up and  will eventually build for a new future.
Posted by eirenae at 7:39 AM No comments:

"Herr Hitler, in his directions as to education in 'My Struggle" says for what purpose the NAZI is there: "Education in a general way is to be the preparation for the later army service" (Hitler's 'Mein Kampf', German edition p. 459)
Hitler, on coming to power, an in order to come to power, made a bargain with the armament capitalists. ... The armament capitalists are the Dominant partners. It was they who financed  the Hitler movement. It is they who support the Hitler Government, which they put into power because it is the expression of their own policy and because it is able to keep the masses down with the help of the State
machinery.
Hitler and every other individual member of the Nationals Socialist Party is lost without the backing from the armament industry. The armament industry itself, on the other hand, can maintain itself without the individual called Hitler whose death would not in itself overthrow Fascism. ...

Armament capitalism has been rendered secure and holds the Socialist menace at bay. Feder, Hitler's oldest comrade and the builder of official programs, definitely condemns  the re-distribution of great estates, and  the necessity of any part-ownership by the workers in the factories. He dismissed Nationalization. The adoption of the name National Socialism was a farce, though a clever one.
Capitalism, in its final and most terrible form, has been rendered secure. ...
Hence the frantic military preparations. Hence the popular infatuation.
'In eternal war,' says Hitler, in 'My Struggle', mankind has become great. In eternal peace mankind would be ruined.'
...
Youth taught to glory in war must be protected against the 'corrupting ideas of Judaism and Christianity'. The teaching by these religions of right and wrong conflicts with duty to the German state.
The brotherhood they teach is utterly incompatible with ideas of dominant class and dominant race."
Hewlett Johnson, the dean of  Canterbury, 1939, "Act Now..." p. 36ff)

Posted by eirenae at 4:38 AM No comments:

"Something must be done by you and me" Hewlett Johnson 1939 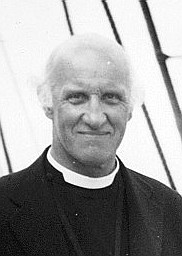 Hewlett Johnson, engineer and theologian, the very Dean of Canterbury calls to action for Justice, Liberty, Planned Production for Plenty, Security and Peace:

"We cannot stand still. We shall be swept down the stream if we refuse to stem it. Liberties on every hand are at stake. The fate of every Liberal principle  in Fascist lands is our warning. Efforts will be made, are in the making to lower our standards of living and lengthen hours of work ... monied interests mass themselves against the common man.
Something must be done by you and me, common men and done at once. Raise then your voice on behalf of the common man and demand a government which shall consider his interests and liberties. ...
if pity for appalling needless poverty moves you, if common sense and sense are outraged by destruction and restriction of goods, and the thwarting of science which could produce more ... demand a government which will give you a planned production in the interest of the plenty and not of scarcity, a planned production to abolish poverty ...

Don't delay a day. Speak immediately to a friend  ... become a student of real affairs. Educate yoursewlf. Educate others. Seek help...
Let no sense of personal insignificance paralyze you. Of course you are weak if you stand alone ...

You are one of a million. Act at once. By the pains of the past we won our present liberities, by our vigilance alone shall we enjoy them and by our own struggles hand them on enlarged and enriched t our children and our children's children.

... Unity of some sort against fascism is essential...

- ask for a government that will ...end the policy that abandoned Spaniards, Chinese and Czechs of Fascist aggression and organize peace alliance with France and Russia that will rally the support of the United States
- safeguard common people against air attack and starvation in times of war
- lay the foundation of social justice between nations and end exploitation of subject races
- control armament and vital industries, agriculture, mining and finance in the interests of the people
- plan for plenty, employ the unemployed on useful work for the common good and ensure a higher standard of   life, leisure and education for old and young."