When the Truth is Inverted: Obama Says Russian Strikes on ISIS are “Strengthening” ISIS 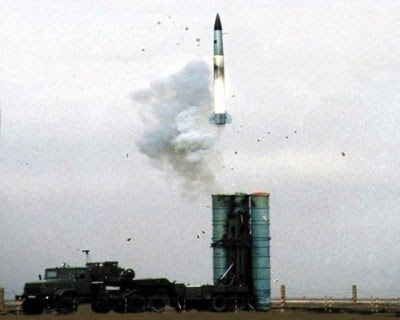 Welcome to Obamaland, the mysterious, schizophrenic world where the truth is inverted.
Washington is rapidly losing the microscopic amount of respect it had around the world, as US propaganda is becoming more childish by the week. Any rational person who is even remotely informed just sits back in amazement at the volume of deceptive, deceitful, and outright ludicrous statements constantly spewing from the mouths of top US officials. One of the latest comical episodes was when the US President, Barack Obama, actually tried to argue that Russian airstrikes against the so-called Islamic State (ISIS/IS/ISIL) are “only strengthening ISIL”:

The moderate opposition in Syria is one that, if we’re ever going to have a political transition, we need. And the Russian policy is driving those folks underground or creating a situation in which they are [debilitated], and it’s only strengthening ISIL. So in Obama’s mind, Russia pounding key ISIS positions and other affiliated terrorist groups isn’t halting the groups rise, but “strengthening” it. In the real world however, Russia has been severely weakening ISIS and fellow extremist forces in Syria through bombing terrorist command centers, weapons warehouses, training camps and other enemy positions.  Russian airstrikes have illuminated the complete sham of the US-led coalition against ISIS, as Russian airstrikes have been far more effective already, comparative to America’s campaign.
Russia has once again outmanoeuvred the West in relation to Syria, after a stroke of diplomatic genius from Moscow in 2013, which led to the Syrian government giving up their chemical weapons arsenal and averting a full scale invasion by Western forces.
Obviously, the Western narrative that there are “moderate” terrorists fighting in Syria which we can trust and we should arm, is (and always has been), a total fallacy. “In reality, from the beginning, there were never any moderates,” as Tony Cartalucci wrote in his article for New Eastern Outlook: US Complains As Russia Bombs its Terrorists. “The Salafists, the Muslim Brotherhood and AQI (al-Qaeda in Iraq), are the major forces driving the insurgency in Syria,” was the assessment of the Defense Intelligence Agency in their declassified intelligence report from 2012. Just in case Obama doesn’t understand his own intelligence reports, al-Qaeda does NOT qualify as a “moderate” rebel group, they are as extreme as you can possibly get!
US Bombs a Hospital One Day after Claiming Russia Targets Civilians
You just can’t make this stuff up. One day after numerous countries – including the US – accused Russia of targeting civilians in Syria; the US committed a war crime by bombing a hospital in Afghanistan, which was run by Doctors Without Borders (Médecins Sans Frontières (MSF)). This abhorrent, repugnant and inexcusable act, killed at least 19 civilians (including at least three children), and wounded 37.
The previous day, large sections of the Western media had been filled with false stories that Russian airstrikes had killed civilians in Syria, with the US Ambassador to the United Nations, Samantha Power, even calling on Russia to “cease attacks on civilians”. Quoted in an article by Sputnik, Putin replied to these accusations by stating:

As for any information in the media on civilians suffering [from Russian airstrikes], we were ready for such information attacks. I draw your attention to the fact that the first reports on civilian casualties emerged before our planes even left the ground.

Author and independent researcher, Vanessa Beeley, wrote an excellent article for 21st Century Wire where she dissects the humanitarian propaganda promulgated by the West, and the role played by organisations such as the George Soros connected group, the White Helmets, in spreading this disinformation. Beeley also documents the fact that the US-led coalition in Syria and Iraq has killed civilians, a reality that other news outlets such as the Guardian have reported on – the US-led coalition is accused of killing civilians in 71 separate air raids.
Could John McCain Be More Hawkish?
In an interview with Fox News, US Senator John McCain was asked: “If you were President… would you shoot down those Russian planes?” to which McCain said “no”, but he then went on to state that: “I might do what we did in Afghanistan many years ago, to give those guys the ability to shoot down those planes – that equipment is available.” I suppose US policy is quite consistent, as the US was also aiding extremists in Afghanistan by supporting the Mujahideen to fight the Soviets.
The interviewer then asks the US Senator “who would be shooting them down?” and McCain replied: “The Free Syrian Army,just like the Afghans shot down Russian planes after Russia invaded Afghanistan.” McCain also asserts that “we need to have a no fly zone” and “a buffer zone for refugees” in Syria.
The US Senator has been one of the most prominent public figures who has called for the overthrow of the Assad government. In 2013, he was accused of illegally  entering Syria in violation of the country’s sovereignty to meet Syrian rebels, with McCain even beingphotographed talking with the so-called caliph of ISIS, Ibrahim al-Badri (who is also known as Abu Bakr al-Baghdadi).
Syria: Where the Wolfowitz Doctrine Dies!
There won’t be many people in Washington who are more distraught at the news that Russia is pounding the West’s proxy armies, than Paul Wolfowitz. Regime change in Syria has been an objective of Wolfowitz since as far back as 1991, a man whose previous roles include serving as the President of the World Bank, and the US Deputy Secretary of Defense. In a 2007 speech, former four star general and NATO commander, Wesley Clark, discusses a meeting he had with Wolfowitz in 1991:

It came back to me, a 1991 meeting I had with Paul Wolfowitz. In 2001 he was Deputy Secretary of Defense, but in 1991 he was the Under Secretary of Defense for Policy – it’s the number three position in the Pentagon… I said to Paul (and this is 1991): Mr Secretary, you must be pretty happy with the performance of the troops in desert storm? And he said: Well yes, but not really. Because the truth is, we should have gotten rid of Saddam Hussein and we didn’t… But one thing we did learn; we learned that we can use our military in the Middle East, and the Soviets won’t stop us. And we’ve got about five or ten years to clean up those old Soviet client regimes – Syria, Iran, [and] Iraq – before the next great superpower comes along to challenge us.

Clark adds that the US “was taken over by a group of people with a policy coup; Wolfowitz, and Cheney, and Rumsfeld, and you could name another half dozen other collaborators from the Project for a New American Century (PNAC). They wanted us to destabilize the Middle East, turn it upside down, [and] make it under our control.”
I have previously written about the PNAC group, and their desire to topple the governments in “North Korea, Iraq, Iran, Libya and Syria”. How the neoconservative war hawks will respond to Russia’s policy in Syria is difficult to predict, but most probably it won’t result in the US peacefully backing down.
The proxy armies of the West, Gulf states, Turkey and Israel, are getting annihilated by Russian airstrikes, which moves Syria one step closer to stability and a lasting solution to the refugee crisis.
Steven MacMillan is an independent writer, researcher, geopolitical analyst and editor of  The Analyst Report, especially for the online magazine “New Eastern Outlook”.

Does US Have Role in Anti-ISIS Fight?

NSA more Interested in Spying on Olympics than Islamic State

Posted by eirenae at 1:17 AM No comments: