Email ThisBlogThis!Share to TwitterShare to FacebookShare to Pinterest
The U.S. Owns the Narrative on Ukraine

Return of the Evil Empire

SEPTEMBER 01, 2014
by JASON HIRTHLER
You have to hand it to them. The United States media machine is unequaled at producing and disseminating misinformation. It begins in the bowels of the State Department or White House or Pentagon and is filtered out through the government’s front organizations, otherwise known as Mainstream Media (MSM).
In 2014 the U.S. has succeeded in demonizing Vladimir Putin and Russia, precipitating a New Cold War that may yet become a hot one. The evil empire is back. The White House has made proficient use of mass media propaganda to get the job done. First, they’ve controlled the narrative. This is critical for two reasons: one, because it permits the White House to sweep the February coup in Kiev into the dustbin of American memory, never to be seen again. Second, it has allowed it to swiftly assert its claim that Russia is a dangerously expansionist power on the edges of a serene and peace-loving Europe. In other words, the omission of one fact and commission of another.
On the former front, by the State Department’s own concession, itspent some $5 billion in Ukraine, fomenting dissent under the standard guise of democracy promotion. The myriad NGOs beneath the nefarious cloud of the National Endowment for Democracy are little more than Trojan horses through which the State Department can launch subversive activities on foreign turf. We don’t know all the surely insidious details of the putsch, but there are suggestions that the violence was staged by and on behalf of the groups that now sit in power, including bickering neofascists that were foolishly handed the nation’s security portfolio.
On the latter end, a frightful portrait of a revanchist Russia will be presented for public consumption. But consider the context before you consign Putin to the sordid annals of imperial tyrants. A belligerent superpower arrives on your doorstep by fostering a violent coup in a neighboring nation with the obvious intent of ensuring Kiev accepts an IMF deal rather than a better Russian one, and further that Ukraine become the newest and perhaps decisive outpost of NATO. Had you been in his shoes, would you have permitted an illegitimate, Western-infiltrated government to challenge the integrity of your Black Sea naval base at Sevastopol? Doubtful.
Crimeans swiftly organized a secession vote—swiftly denounced asfraud by Western media (with some credence, it should be added). Given their Russian ethnic profile and quite credible fears of oppression from Kiev, whose nationalist bully boys were alreadyposturing about eviscerating Russian citizens rights, Russia’s annexation of Crimea is certainly understandable to minds not saturated in Western propaganda.
And yet the majority of the...
CONTINUE READING
http://www.counterpunch.org
Posted by eirenae at 3:01 PM No comments:

Hillary Clinton is the grandmother of the Islamic Caliphate

Posted by eirenae at 2:51 PM No comments:

The True Nature and Origins of Islamist Movements:

Posted by eirenae at 2:34 PM No comments: 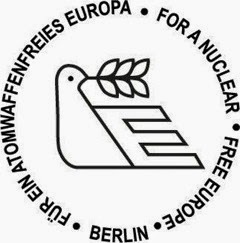 Posted by eirenae at 3:38 AM No comments: