Now we have to distribute it to the television channels and cinemas!"


And his book with Christopher Black and Peter Koenig: The World Order and Revolution!

Badak Merah is an independent progressive publishing house that publishes, among others, Andre Vltchek books: The World Order and Revolution!,  Exposing Lies of the Empire, Fighting Against Western Imperialism, Indonesia: Untaian ketakutan di Nusantara (translation of 'Indonesia: Archipelago of Fear' in Indonesian language) and Plays: 'Ghosts of Valparaiso' and 'Conversations with James'.

Other books by Andre Vltchek: a novel Point of No Return, a comprehensive book about Indonesia post-Suharto Indonesia – The Archipelago of Fear,
‘Exile –Pramoedya Ananta Toer in conversation with Andre Vltchek and Rossie Indira’, On Western Terrorism (written with Noam Chomsky), and Oceania. 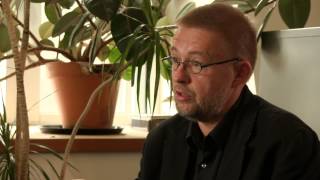 Chomsky and Vltchek: ON WESTERN TERRORISM (working title) 7 min. teaser
Posted by eirenae at 11:47 AM No comments: