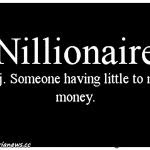 By no meaning and no intention at all this post is meant to be funny or near funny, this is one of the biggest man-inflicted tragedies of our current times and sponsored by a host of leading nations on the planet, what we are living now is an example of where a group of criminal minds join forces together to destroy a sovereign nation, not for anything, just for the thirst for blood. Prior to the fake ‘Arab Spring Revolution’ in Syria, Syrian citizens were enjoying a comfortable life to some extent in spite of the harsh sanctions imposed on the whole nation by the western orchestra of clown leaders, claiming to be humanitarians, and just to punish this small but proud nation for standing up against Israel and refusing to sign a humiliating peace pact with the Zionist racist entity. Later on, the ‘revolution’ sponsored by the west and imposed using tens of thousands of imported anti-Islamic radical Wahhabi mercenary terrorists and suicide bombers, everything went downwards for the Syrian people, from an aspiring nation living in enviable security, to a dwindling nation living in fear and with a large portion of its people joining the NC, Nillionaires Club. You must have knew that in early 2011 Syria had nil public debt, unlike the prosperous USA which lies under an astronomical burden, or like bankrupt countries in the EU. You should have known that the Syrians used to pay about 1/5th of the cost of all essentials of what ... END_OF_DOCUMENT_TOKEN_TO_BE_REPLACED
Posted by eirenae at 11:33 AM No comments: