Age and Experience may not always be a remedy against being brainwashed in an Orwellian manner.

Exchange of controversial views based on proven facts is a cornerstone of an open society.  Debating issues is an essential means of the democratic process and should never stop. With respect to the electoral process in a constitutional democracy the majority rule must, however,  be respected.

Now,  Joe Gerson, representing the American Friend's Service Committee, also deputy chair of the International Peace Bureau has issued a lengthy statement of how the US public should deal with Donald Trump's being elected as new US president.  Gerson expressed his views in a  letter to  Mr. Archer,  director of the International Peace Bureau in Geneva. Such an evaluation is a matter of broad public concern. The Quaker's comments are the more alarming as they come from a man, whose reputation is that of a devoted and clear minded peace person. The Quakers have always been an important voice for peace. 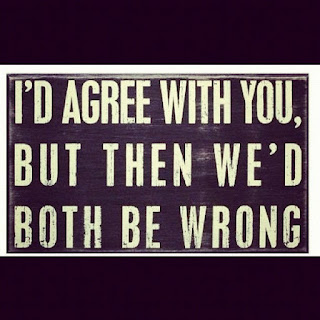 Gerson's positioning in the aftermath of the  presidential election  unfortunately  reflects the general attitude of the ‘ liberal’ mainstream in and outside the US. The liberal mainstream is mainly restricted  to the  white coastal circles, These circles are  often also referred to as ‘Progressives’, ‘Activists’, ‘Intellectuals’. Their  attitude  differs hardly in substance  from the "Liberal" or “Left”- mindset here in Germany/Europe or in the  larger NATO-guided West. But here and there it fails totally to represent the feelings of the majority of the ordinary people.

To me, the  anti-Trump furor, blown up by  Main Stream Media  seems an opportunistic attitude, shamefully superficial, a call for bending  knees before power. Unfortunately these "Liberals"  are  contributing to the rise of  “populist” movements, parties and politicians which they officially of course disrespect and stigmatize as right extremists. In reality such "Lefts" and "Liberals" are part of the success  story of  forces whom they publicly scorn. The term ‘alt-right’ might better be applied for those, who invented the new notion.
The arrogant attitude of the entire Western scholarly elite is truely mind boggling. These intellectuals are  out of touch with reality. Liberals, Progressives, Peaceniks, Greens or who else there may be united against Trump, they  are all falling into an old trap.  To call them misguided by  “free” and ‘enlightened’  quality media as the New York Times, Washington Post and other MSM may be a euphemism, because they are part of  this very news media scene. In Germany “Der Spiegel”, DIE ZEIT, Die SÜDDEUTSCHE and the like set the tone. ‘Der Spiegel’ along with other US-lead media* outlets has long become disgustingly hawkish. While US-Liberals are busy trumpeting against their president elect Trump, breaking with due constitutional respect,  the lame EU Parliament adopts a resolution smearing Russian state funded media RT and ‘Sputnik news’ as propaganda. The European MPS outrageously put them on an equal footing with  terrorist ISIS bullhorns. Of course they do not mention BBC, Deutsche Welle or the like.

Reject "Fake News" and PropOrnot, go for the Real Thing

As if all this was  not enough  of labelling,  "Fake News’" via obscure ‘ProporNot.com’ aided by Washington Post  becomes a new US orchestrated buzzword, fingerpointing against  substantial and well researched alternative news channels in the web. Truly fake liberal Lefties all over the place are simply unable to see what is at stake.  Joe Gerson and those following his advice are not  taking a position against such outrageous developments. On the contrary, Gerson uses the questionable term “Fake News”  himself with respect to Trump and his company. The latter must accordingly be  among “fake news providers”, owing  their success to ‘fake news channels’ and 'Russian hackers' plus some ‘Deplorables’ in the Rust Belt. These red neck characters neither have brains nor proper schooling nor do they have  access to ‘quality press’.
Such tactic is smear and slander. It reflects an anti-democratic mindset. Whoever participates in such labelling practices, falls in the McCarthy abyss. Trump’s  undebatable victory must  consequently  be the  result of "Russian meddling", helped by almighty "Russian hackers”.
One would expect of peace people that they speak out loud against such name calling. One would hope that they  fully understand the difficult situation of the Trump camp, of people who dare to suggest  a much needed  different approach to governing the country. Trump being a  rather lonely voice, a character  who  while at the top dares to question his classmates, their almighty NATO and  its cherished enemy image.

Military Industrie does not want Detente with Russia

Imagine, even if Trump only wanted to achieve one thing, namely Detente vis a vis RUSSIA he would be in the cross hairs.  His challenging proposal to  fight the real terrorists in cooperation with a great and after all Christian nation, with  Russia, is most obviously conflicting with Capital interests. The  combined power apparatus of the US military industrial complex plus Wall Street  along with all  those who pampered  countless terrorists, clearly favored  the corrupt Clinton Clan. Now that they are losing on all fronts  (see Aleppo) they  are doubling down. They  will try everything to prevent Trump from taking over office in January.  The united front of war profiteers are now  putting pressure on the electoral college for not handing  their vote to Trump, as foreseen by the US constitution.
Why do academically trained people in the US, as does the Green loser Jill Stein, support the obnoxious Clinton camp? Surely, they must all know, that questioning the election results,  had it been  successful, would have resulted in inaugurating Clinton. In any case their efforts mean chaos for the country. How peace minded people may want to contribute to paving the path for hawkish Clinton,  seems beyond comprehension to me. Do they not fear the specter of an all out war with Russia and the possibility of a nuclear war? The spin is to project such fears onto Trump!
And yet, this distortion comes not so much  as a surprise. For quite a while, I have been profoundly frustrated with the former  LEFT or peace camp. The same dismay holds for  ‘liberal Progressives’ who serve projects, that are clearly opposite to the notion of peace, cooperation and justice. Of course these very  projects are clad in the colors of progress, in the colors of multi culturalism, in the  rainbow colors of LGBT-rights, in the framework of  promoting Human Rights. The true motives are hidden under Green  grass. Pretending to defend the rights of immigrants, of  stigmatized classes, of deprived and impoverished races.

Beyond the surface of Fake Human Rights Issues
But , however colorful their appearance  may be, they can hardly cover the surface of  their  despicable intentions. Of course we can set things right again. But for this aim we must patiently disseminate the naked facts. It  was not the Trump camp who started the violence after his election victory. The much defamed business mogul spoke moderately and wisely when addressing the public as president elect for the first time. Every body across the world could hear his words.
Hate speeches and the hysteric campaign that followed  landslide Republican  victory  have become the dubious privilege of the “Liberal” camp. These post election upheavals  evoke US Regime Change policies elsewhere. They bear the same handwriting as election fraud campaigns in other countries, financed by Soros and the like. US policies meant for abroad are hitting back home now, so it seems.
Being aware of the global picture, not neglecting home

Trump’s comments and attitudes on foreign policies go in deed wild sometimes, as we are witnessing day by day.  Putting in question the ‘One-China’ policy is certainly not wise. However, the key issue of today remains Russia. The direction Trump wants to go with respect to Russia seems christal clear for a peace minded person. The real danger comes from the military industrial complex opposing such a move. Trump clearly does not represent their interests. Whereas we as peace people do not appreciate his unwise  words upon  Fidel Castro's departure and find his speech at the AIPAC-Convention earlier in the year highly irritating. We also disapprove  of Trumps  weird positioning towards Iran. However, we must see the larger geopolitical picture behind  all this and understand  the mighty forces against him, with whom he has to reckon, if he is serious. We, the people must  help setting things right, if his leadership goes wrong and  we must support him as long as he goes in the right direction. It  may not  always be easy to distinguish. But no president, nor any  dictator can act  on the long run without some consent of the people. It is up to us to find access to the right information,  to remain focused and to demand the right answers to the most burning issues. The rest will follow.
Let us never forget to question whose interests are served by the “not my president” shouters and their backers, whose interests are served by the recount call that a suddenly affluent Jill Stein has launched? It has legally  been stopped now. Otherwise  it may have produced the opposite results.
Will Trump comply?

What will Mr. Trump be able to offer the world after his hopefully successful inauguration? He has made some promising statements on burning foreign policy issues. He wants  to  side with Russia and combat terrorism first. He dared to question the relevance of NATO. He promised to end Regime Change policies. The equation TRUMP = fascist = alt-right = populist = nationalist seems outright  false. The new ‘national vogue’ is a  global one and has very little, if anything, in common with NAZISM of the last century. The national calls of today  are everywhere demanding better relations with Russia. They are calls for sovereignty and  they demand respect for national interests. They are calls for shaking off the  US tutelage. When Trump promises to break with the Regime Change policy of his predecessors, he  surely has the sympathy of the world. All peace-loving people must support him on these declared intentions of his and mobilize towards such objectives. We must oblige him there upon  and give him and peace a chance.
Fake protest against Russia

The same irritation as for *Gerson’s positioning in his  wild analyses sent to the Director of The International Peace Bureau, goes for the US Peace Council and for most of the Western ‘Peace Movement’ s positioning and as far as I can see for the entire  “Progressive” Scene. We could see this most recently in Berlin, expressed in an "Open  Letter" against Russian policies in Syria signed by writers, film makers, journalists during the Berlin International Literature Festival". Their hateful and unsubstantiated words where accompanied by protests in front the Russian embassy, where  Russia was blamed for atrocities the other side has committed. Names like Volker Schlöndorff, Wolf Bierman,  Cem Özdemir (MP/Green Party), Daniel Cohn-Bendit and many others were among the signatories.

Given such company,  we the ordinary people, do not have many options. We must stay informed and think and act  for ourselves.
____________
* Uwe Krüger, Meinungsmacht der Einfluss von Eliten auf Leitmedien und Alpha-Journalisten - eine kritische Netzwerkanalyse,Köln 2013
see also:
http://uspeacecouncil.org/?p=3077U.S.Peace Council November 25, 2016
http://thesaker.is/where-have-all-the-flowers-and-the-peace-movement-gone/
Irene Eckert 13. 12. 2016

Posted by eirenae at 8:04 AM No comments:

Russia plans the recapture of Palmyra from ISIS.

Russian President Vladimir Putin convened a meeting of Russia’s Security Council this morning, and on this occasion there is no doubt at all about what was the main topic of discussion.
Posted by eirenae at 7:16 AM No comments:

"There is conclusive evidence that this allegation is wrong, and that the leaks were the work of a Washington insider, and this conclusion is now being backed by a group of former US intelligence officers who drawing on their experience and using their own methodology are now saying the same thing."  http://theduran.com/us-federal-judge-jill-stein-russian-hacking-claim-spectral-borderline-irrational
https://consortiumnews.com/2016/12/12/us-intel-vets-dispute-russia-hacking-claims/
Posted by eirenae at 7:15 AM No comments: