Posted by eirenae at 1:57 PM No comments:

Russian expert warns of major escalation in the Middle east

"As you know, the opposition is losing its support, and Assad has a military superiority in Syria now, an Oriental studies expert, Azhdar Kurtov, says.

"The Syrian-Turkish border has a sophisticated mountain relief. Under such conditions, combat aviation is a very effective method of fighting against the rebels. Thus, if Turkey deploys the Patriot Missile Air-Defence Systems on its territory, it will be able to block Syria using its own aviation in the border regions on its own territory, which may change the turn of military developments in the region. When the overthrowing of the Gaddafi regime was under way, a no-fly zone was established over Libya. Something like that may be created near the Turkish-Syrian border".

Any attempt to solve a conflict has to touch upon the very core of this conflict and the core more often than not lies in its history. A distorted or manipulated history can explain quite well a failure to end a conflict whereas a truthful and comprehensive look at the past can facilitate a lasting peace and solution. A distorted history can in fact do more harm, as the particular case study of Israel and P ...
Read more ›

... "The PLO was, in fact, recognized as the sole and legitimate representative of the Palestinian people by more states than have recognized Israel. It is noteworthy that this demonization continued even after the Oslo Accords of 1993, through which Israel supposedly recognized the PLO as a legitimate partner. Even the Palestine Authority is still depicted by Israel as an outfit that supports terror. The worst kind of demonization, which convinced the Western world to resort to political boycott, was directed at the Hamas. While international civil society continues to question such a characterization, mainstream media and politicians still fall foul to this slander."

Ilan Pappe is an Israeli historian and socialist activist. He is currently a professor with the College of Social Sciences and International Studies at the University of Exeter  in the United Kingdom, director of the university's European Centre for Palestine Studies, co-director of the Exeter Centre for Ethno-Political Studies.
Source: Canadians for Justice and Peace in the Middle East

Posted by eirenae at 7:06 AM No comments: 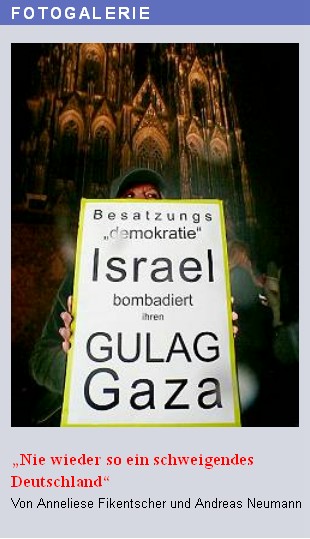 Posted by eirenae at 5:22 AM No comments:

The founding Congress of World Zionism in Basel 1897 is strangely being commemorated these days on public radio in Germany.


As we strive for a peace in justice and for human and humane survival, we have to come to an  realistic and truthful understanding of the material forces behind "Zionism".
Zionism is contradictory to Judaism says Israeli historian Shlomo Sand. Judaismus is therefore not identical with Zionism - on the contrary.
Judaism is  the oldest monotheistic religion. This  religion laid the ground for Christianity and Islam. Like all religions Judaism strives universally for a  better,  a human life on earth. Judaism  is as universal  as the religions that followed on is foot-prints. Therefore it  cares for and  respects humanitarian and international law. The UN-Charter is the embodyment of such a universal moral. Therefore  the Charter is respected by all nations, no matter how disrespectful some "leaders" my treat this precious document at times.

Zionism  is contrary to the UN-spirit, a nationalistic, even chauvinistic  and racist philosophy. In its essence it is as  much a distortion of Judaism as is "Islamism"  is with respect to Islam.  All  such  comparable antihuman, aggressive  and shrewd ideologies  can easily  lead to terrorism.

Zionism, Islamism, like  the chauvinistic Hinduism  of  the Hindutva and Christian fundamentalism and comparable  forms of fundamentalism are  contradictory to any humanistic attitude.  Such ideologies hurt their  adherents and their families and friends as much as they  consequently hurt  neighboring  peoples.

"National-Socialism" was as an ideology with alleged  high aspirations as  contradictory to Socialism as the above mentioned ideologies are to what they claim to be. NS-ideology led the German people into a  catastrophic defeat  and it led the world to the brink of total destruction. It was an ideology that had put into practice lethal  consequences for all Jewish people and  on the long run  it would have been lethal for  the rest of humanity.

"National-Socialism" was  the most extreme form of German fascism. Yet, it is not the only and not the final form of fascism. For an indepth definition of fascism see Georg Dimitrov (1935).

Today Zionism is one of the most dangerous  ideologies. Islamism in the form of Wahabism or Djihadism is nothing much better. They are altogether inventions of Western colonialist spirits. They are aggressive and brutal mind sets and they tend to violate the most basic human values as substantial to  all world religions.

Put into  political practice all the above mentioned ideologies are threating  neighboring countries with war. Even nuclear warfare is one of their options. However, Zionism was not invented by religious or socially conscious Jewish people. Imperialist colonialists of various nations stood at its cradle, let us not forget this.  God-parents of the above mentioned mind sets are colonialists  and fascists. Such  harmful world views dictated by bought up intellectuals are twin-sisters and brothers  of fascism. Zionism put in action brings quasi necessarily dangerous  new waves of anti-semitism as a logical result with it. It is  therefore contradictory to anything human and certainly not in the service of the nation of Israel, nor in the interest of Jews any where in the world. We must hence learn how to comprehend its true nature and see clearly who  keeps feeds it. We need to construct a peaceful future without  fundamentalist ideologies and its terroristic results.
Posted by eirenae at 4:17 AM No comments: 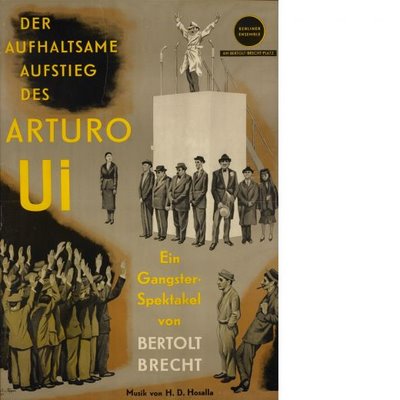 Brave Israeli soldier speaks out against the War Crimes


Click here: Brave Israeli Soldier Speaks Out On BBC Against the Crimes of His Government... - YouTube
Posted by eirenae at 11:40 PM No comments:

Posted by eirenae at 2:30 PM No comments: